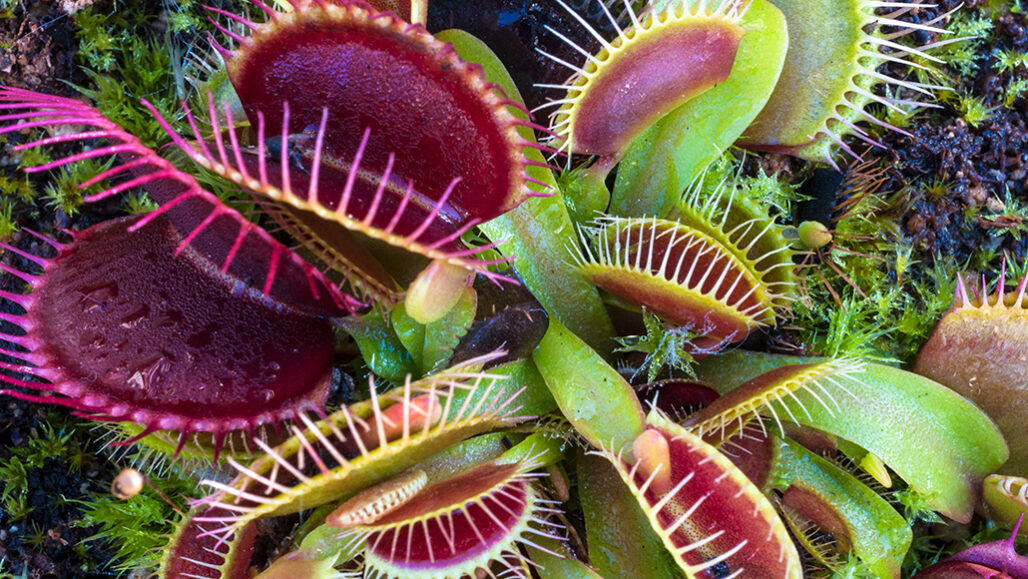 There is a significant risk that SARS-CoV-2 will be transmitted by people to wildlife populations, where it could spread and imperil already endangered species. The virus could persist in short-lived species, such as mice, and it could mutate in wild animal populations and be reintroduced into human populations, according to the researchers.

Sensory hairs on a Venus flytrap maintain a memory of an insect’s touch for about 30 seconds so that if the prey contacts the hairs again, the plant will snatch it in its leaves. That first trigger releases calcium into cells that prime the leaves to close when the hairs are touched a second time in that short span, researchers say.

To conduct their experiment, the researchers stacked a monolayer sheet of graphene onto a bilayer sheet and twisted them by about 1 degree. The team discovered new magnetic states in the system. Unlike conventional magnets, which are driven by spin, a collective swirling motion of the electrons in the three-layer structure underlies the magnetism.

Scientists have developed a way to print flexible sensors directly onto skin to measure temperature, blood oxygen levels, heart rate and other vital signs before being washed off with hot water. A layer of polyvinyl alcohol paste and calcium carbonate allows a thin metal layer to be printed on skin at room temperature, and removal doesn’t damage the device or skin.

Researchers who used PET and MRI associated cerebral blood flow impairment with tau accumulation in individuals with Alzheimer’s disease, and a stronger association was found among those with greater cognitive impairment and increased beta-amyloid buildup. The findings indicate that amyloid accumulation exacerbates the link between vascular function and tau buildup, leading researchers to suggest that therapies targeted at vascular health and tau and beta-amyloid plaques may be more effective in treating patients with Alzheimer’s, compared with single-target therapies.