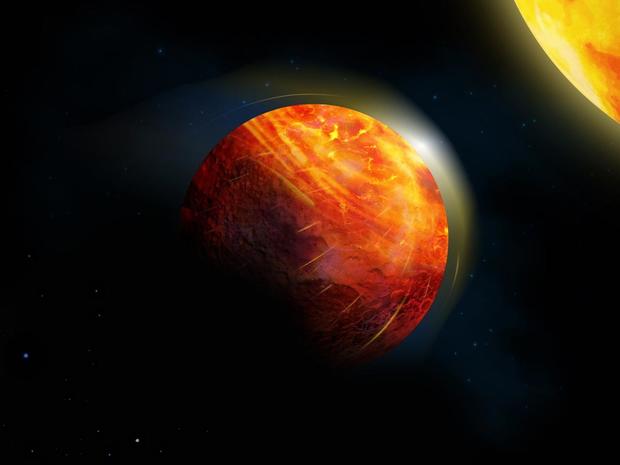 Astronomers have discovered an extremely hot Earth-sized planet hundreds of light-years away that has oceans made of lava, supersonic winds and rainfall made of rocks. K2-141b is very close to its star, and most of the planet is always in daylight because it is locked in place, facing it.

The fossil of an amphibian that dates back 99 million years may be the oldest example of a creature that used its tongue to quickly grab its prey. Examination of the tiny creature suggests it could catch prey in the “sit-and-wait” style used by modern chameleons.

How Arctic animals are responding to climate change

An examination of more than 200 studies on the behavior of animals living in the Arctic suggests the creatures are altering how they live in response to warming temperatures. The analyses, published in Science, looked at golden eagles, moose, caribou, wolves and bears over several years, noting migration patterns, dates of calving and how quickly various species moved.

Insect-eating bats piece together echolocation patterns to create a 3D image of their surroundings and estimate where their prey will be at a future moment. Lead investigator Cynthia Moss says the finding might improve researchers’ understanding of human perception. “One question is how animals, including humans, can use information that they take in through their senses and sort of process it over time to predictions about what will happen in the future,” Moss said.