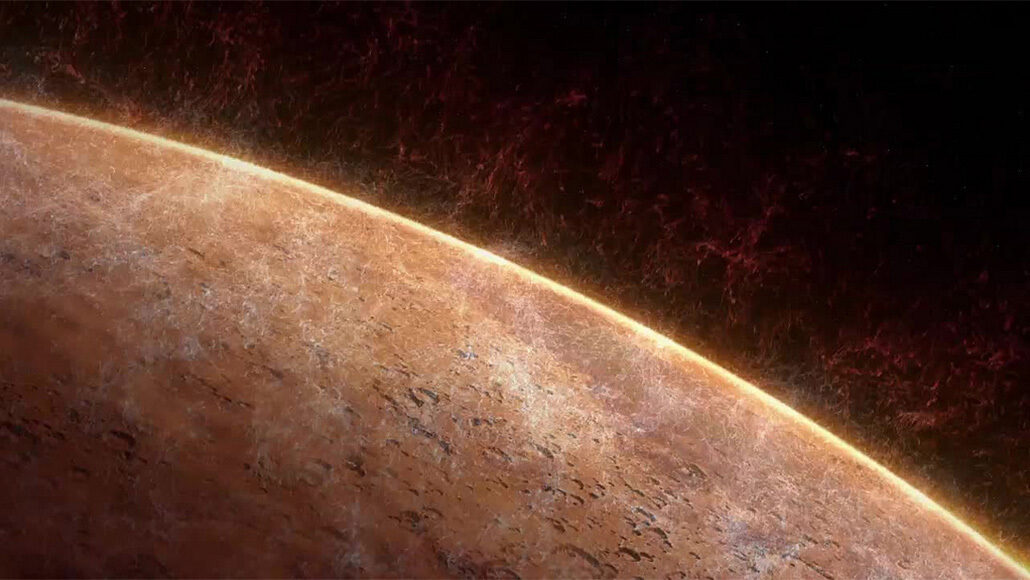 Warm air flowing over Antarctica may be behind the periodic opening of holes in the area’s sea ice. Researchers charted the occurrences of the holes, called polynyas, and linked them to atmospheric rivers, which can cause strong storms while also warming the air.

Water molecules that make it to the upper atmosphere of Mars last about four hours before being split apart, according to data collected by the MAVEN space probe. Researchers say the process could be another reason for the dearth of water on Mars.

The nuclear reaction that took place minutes after the Big Bang occurred has been recreated by physicists. Researchers at the Laboratory for Underground Nuclear Astrophysics discovered how quickly deuterium and a proton meld to create isotope helium-3, a finding they say offers clues about the universe’s first moments.