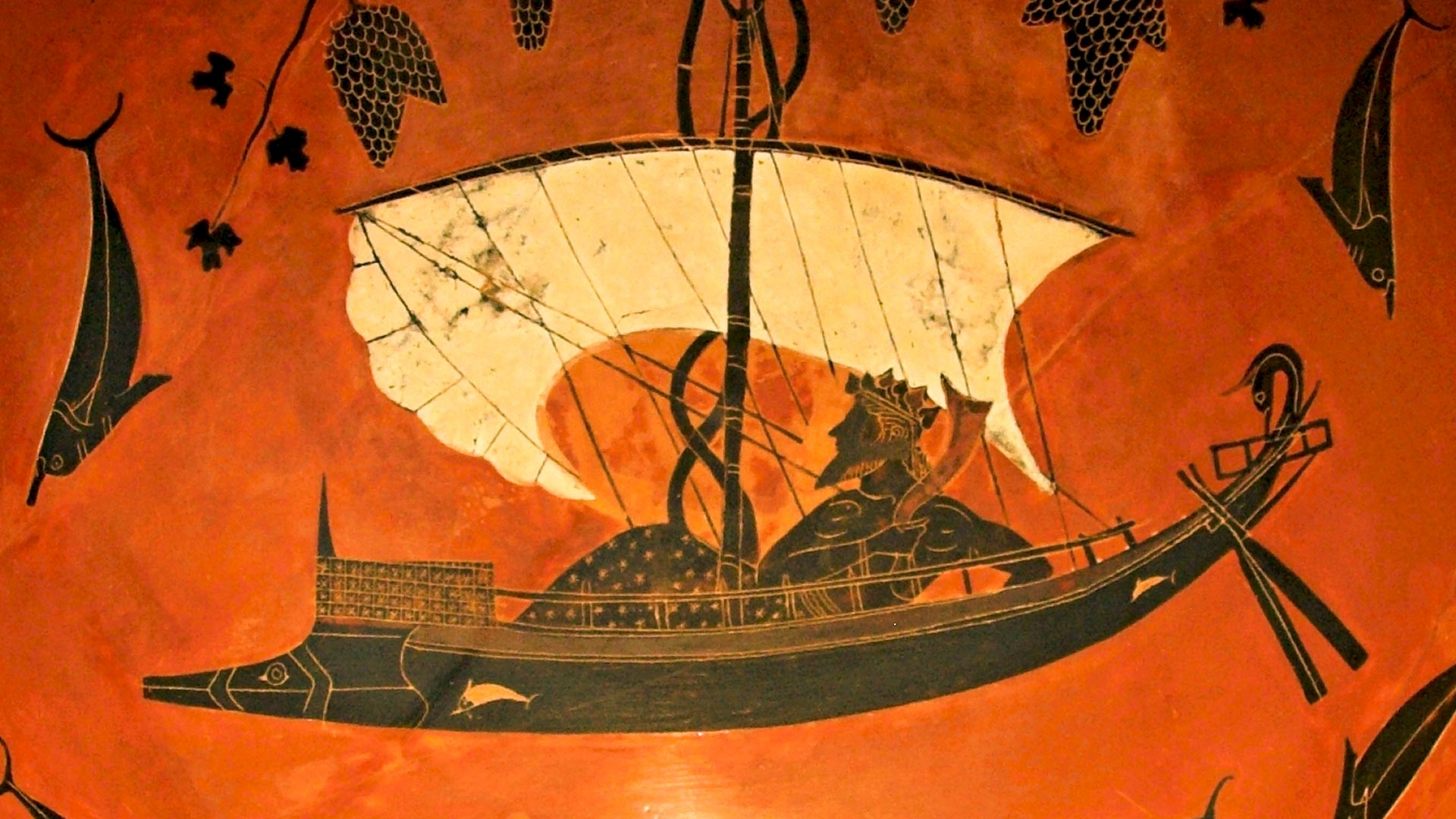 One fascinating, as well as disconcerting fact about the evolution of Greek thought about science is that, almost immediately after the end of the ‘Classical’ period of philosophy, and particularly after Aristotle’s founding work on both philosophy and science, these two activities seemed to follow two radically separate courses. Actually, Greek science achieved its peak of creativity right in the so called ‘Hellenistic’ period, the epoch in which Greek culture became dominant in all the Eastern Mediterranean after the conquests of Alexander the Great, and concentrating a large chunk of its scientific production in the circle created around the newfound city of Alexandria, in the delta of the Nile (and, most famously, in his legendary Library, more aptly described as an advanced and global research centre). Of course, Hellenistic scientists worked also in other places (no other than Archimedes seems to have spent most of his mature life in his native Syracuse, a Greek city in Sicily, from where it regularly was in contact by ship post with his many colleagues in other cities), and, after the Roman conquest, many scientists and philosophers established themselves in the Caesars’ capital in search of wealthy patrons, though Alexandria persisted as the biggest hub of scientific investigation till the dawn of the Middle Ages. Athens, on the other hand, remained the chief centre of philosophical knowledge also to that time, through the centuries-old endurance of Plato’s Academy and Aristotle’s Lyceum, in combination and competition with other philosophical schools that also established themselves in the Greek metropolis only a few decades after Aristotle’s death, mainly the Epicureans and the Stoics (as well as the Cynics and the Skeptics, though these didn’t seem to have founded anything like a stable ‘institution’, like the others did).

It is not that the philosophers of the Hellenistic period didn’t care about the pursuit of scientific knowledge in fields like mathematics, astronomy, medicine, or the natural world in general (as we will see, that kind of knowledge was in some way very important for them), at least as compared to the importance they attach to moral philosophy. Probably, it’s rather that what we know as ‘science’ had started to become too complex, and to require a big measure of specialisation in order to master it as a competent researcher. In fact, all Hellenistic schools of philosophy emphasized the importance of ‘scientific’ knowledge for a variety of reasons, mainly the following two: in the first place, most of them attempted to offer a guide to the ‘good life’ in which something like ‘following nature’ was one of the fundamental ingredients, and hence knowing ‘how nature really is’ (or, say, ‘having and accurate cosmology’) became an important aspect of their teachings about how to reach such an ethical goal (though it seems that only the immediate successors of Aristotle, amongst the Hellenistic philosophers, devoted themselves to something like proper scientific research). In the second place, they also identified wisdom as the noblest ethical virtue, and the pursuit and enjoyment of knowledge became, in this way, an essential ingredient, if not the most essential one, in the picture of the character that archetypically embodied the best possible life: the ‘sage’. Mainly because of this, how to attain ‘real’ knowledge, and how to distinguish it from ‘mere opinions’, persisted as one of the main topics of philosophical discussion amongst the successors (and the rivals) of Plato and Aristotle, though, unfortunately, almost none of the written works of the philosophical giants of the 3rd and 2nd centuries BC (amongst many others: Epicurus, Pyrrho, or Zeno of Citium –the latter being the founders of the Skeptic and Stoic schools, respectively–), many of them monstrously prolific, has arrived till our times, and we have to painfully reconstruct their thoughts on this as well as on most other topics through the more or less reliable quotations, discussions and portraits made by authors writing several centuries afterwards, whose works, fortunately, have indeed survived.

For example, we know that Epicurus (341-270 BC) wrote a book (now lost) called The Canon, in which he explained his vision of how scientific knowledge has to be attained (and not only rationally exhibited or ‘demonstrated’, as Aristotle had done). His philosophy was deeply an empiricist, materialist, and (perhaps most importantly) anti-intellectualist one, denying not only the existence of immaterial souls or metaphysical realms in the style of Plato, but also that of ‘abstract’ entities and powers like Aristotelian ‘essences’ or the ‘nous’ (not in vein Epicurus’ doctrines were even described as ‘the philosophy of the populace’), but, nevertheless, it was based on a view of the world that was deeply unintuitive and shocking for the minds of Ancient people: a universe consisting in a infinite number of indestructible tiny atoms eternally moving at random in an infinite (otherwise) vacuum space. Hence, Epicurus needed a way to convince his readers and students that this shocking cosmology (with all the details about the working of the natural phenomena and human biology that were relevant in the Epicurean moral teachings, and for which we don’t have space here) is the inevitable outcome of a sound argument that has to start from facts everybody accepts. Because of the lost of his works, we ignore most of what Epicurus’ canonics (his name for ‘methodology’) might contain, but a few renditions of its two basic methodological rules are preserved (for example, in the relatively extended account of Epicurus’ life and doctrines in the 3rd century AD famous biographer Diogenes Laertius’s –an Epicurean himself– book Lives of the Eminent Philosophers). These rules state more or less the following:

1) In order for investigation to start, we have to assume the ordinary meaning of the expressions we employ to describe the facts.

2) Investigation must proceed from what is observed, and infer about what is not observed (either because it happens in the future, or because it is intrinsically unobservable), according to the coherence or incoherence of these inferences with what we can observe.

To these rules we can also add a famous Epicurean maxim stating that “all sensations are true”. These three rules together allow us to glimpse a radically empiricist, coherentist and anti-foundationalist view of scientific knowledge. If we left Aristotle in the preceding entry wandering in search of ‘the first principles’ from which to start a true ‘scientific demonstration’, if we saw Plato despising the value of sensory perception in comparison of the splendour of reason, Epicurus invites to take at face value our ordinary experience and the meanings of the common words we employ to describe it. Reason may help to go further from ‘common sense’, and of course to revise it if some of its ideas go in contradiction with observations. In this sense, Epicurus’s view of scientific research is somewhat similar to one of the most well known images in the history of philosophy of science: Otto Neurath’s boat, that of our knowledge consisting in a floating framework of interconnected ideas that have to be constantly renewed on the go, without having the possibility of firmly grounding any of them on a solid basis. The tension in Epicurus’ theory between the ‘essentially-infallible sensations’ (aisthéseis) and the ‘just-by-default-acceptable ordinary meanings’ (or prolépsis) also recall a little bit of Neurath’s and other logical positivists debates about the nature of the ‘protocol sentences’ (Neurath’s position being that these are revisable, whereas others like Schlick and the young Carnap more sympathetic to the thesis that basic statements have to be void of any kind of ‘theoretical content’ and, thanks to that, firmly indubitable). Lastly, the role of observation as the only way to test whether a theory is acceptable or not (rejecting it if it contradicts the empirical facts), and the importance attached to the inference to what has not yet been observed (a kind of inference Epicureans call epilogismós, what we might translate, preserving the play of words with Aristotle’s concept, something like ‘ampliative syllogism’), is obviously a little bit resembling to Popper’s falsificationism, or even to the idea of ‘inference to the best explanation’ (or ‘abduction’), though I admit that all these comparisons require perhaps too much benevolence.

I finish by mentioning that a more extensive account of this ‘liberal’ view of ampliative, or abductive reasoning (or, if you prefer, ‘inductive inference by attending to similarities, to the testimony of many people, and to coherence with other inferences’) has been almost miraculously preserved in a roll (presumably entitled On phenomena and signs) that, together with many other ones, was carbonised in Herculanum by the 79 AD eruption of Vesubius, in the famous Villa of the Papyri. Many of these books contained the works of a ‘lesser’ Epicurean philosopher, Philodemus of Gadara, that publicised Epicureanism amongst the Roman elites during the times of Julius Caesar, and who probably was also influential in the adoption of this philosophy by the author of the other main source we have about the theories of Epicurus: Lucretius’ masterpiece of Roman literature, De rerum natura, whose Indiana-Jonesque rediscovery by the Florentine humanist of the early 15th century Poggio Bracciolini has been excitingly narrated in Stephen Greenblatt’s book The Swerve, also a nice exposition of Epicurus’ doctrine and influence.