The standard explanation of superconductivity goes more or less like this. Electrical resistance is due to collisions of the electrons (whether treated as particles or waves) with impurities, imperfections, and especially the lattice vibrations of the metal crystal. The lattice vibrations of the solid will decrease as the temperature falls, because the entropy, which represents disorder, also decreases. Therefore, the resistance should also decrease. This is what is observed, and it is well explained by quantum band theory.

But at very low temperatures something strange happens: the resistance of some materials suddenly drops to zero at a certain temperature. These materials become superconductors, meaning they can conduct currents without resistance or loss of electric energy. The temperature at which superconductivity occurs is called the critical temperature. Its value ranges from 0.015 K for tungsten to as high as 288 K for carbonaceous sulfur hydrides but, in this case, at very high pressures (some 275 GPa). You can imagine some possible advantages of electrical wires having zero resistance. It is like motion without friction. Among the many actual and potential applications are electric power transmission lines without power loss, faster computers, and super-strong electromagnets.

The development of superconducting devices was greatly stimulated after the acceptance of the basic theory of superconductivity proposed in 1957 by John Bardeen, Leon Cooper, and Robert Schrieffer. The authors of the BCS theory, as it is known, received the Nobel Prize for their work in 1972. Their theory is highly technical, but the basic idea is that the electron waves in the superconducting state no longer act independently, as in Bloch’s model. Instead, they are paired together at the critical temperature so that their wave functions act as one unit as they interact with the crystal lattice. Moreover, all the electron pairs move together in one collective motion, so that if any single electron is scattered by the lattice it is pulled back into the flow by its partner, and if any pair of electrons is somehow scattered off track, it is pulled back into the collective flow by all the other pairs. Since there is no scattering or inelastic collisions, there is no resistance, and the material becomes a superconductor. 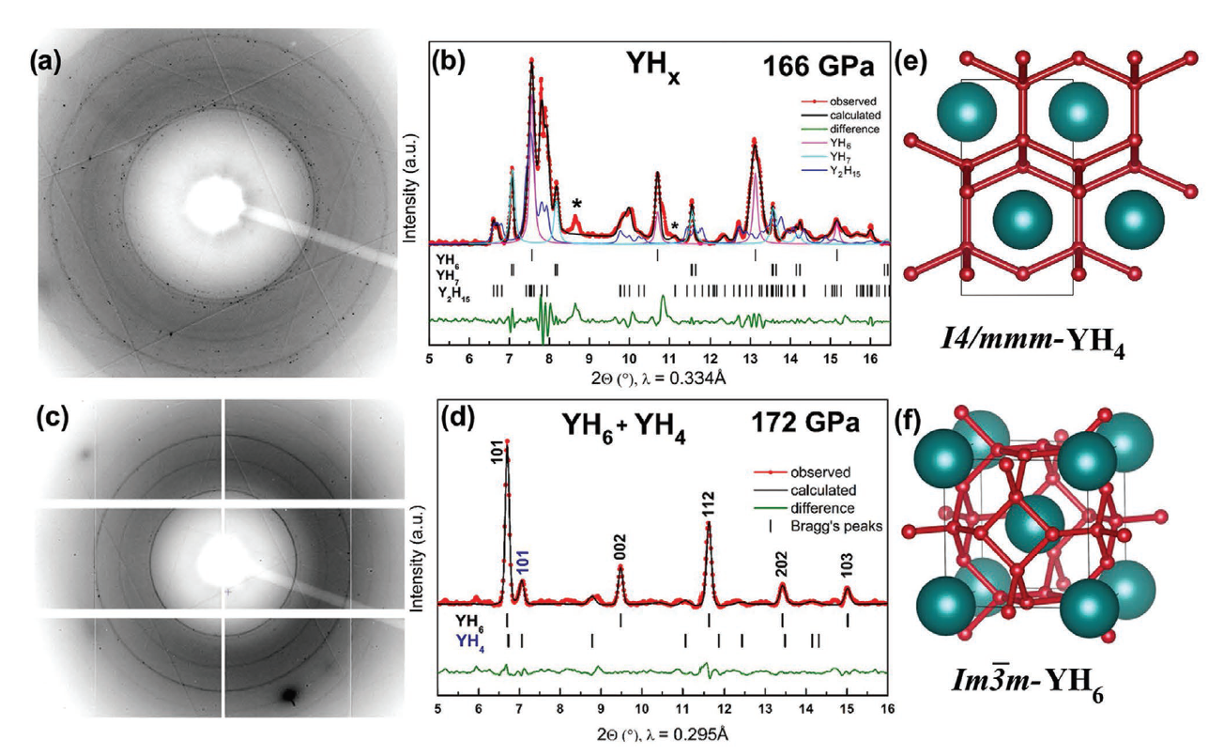 And this is it…or not. Because there are some materials that, under superconductivity conditions of temperature and pressure, for which the BCS theory does not seem to work, nor its alternative, the Migdal–Eliashberg theory. One case in point has been recently reported 1 by a team of scientists: yttrium hexahydride (YH6). In this hydride, experimental data and theoretical calculations suggest notable departures of the superconducting properties from the conventional theories, and the presence of an additional mechanism of superconductivity.

The theoretical prediction of record high-temperature superconductor LaH10 followed by the experimental confirmation of its critical temperature in the range of 250–260 K, and the discovery of the already mentioned highest known critical temperature of 288 K at ≈275 GPa in the ternary carbonaceous sulfur hydrides CSHx, opened a new field in high-pressure physics devoted to the investigation of superconducting metal hydrides.

In this vein, the recent successful synthesis of previously predicted superconducting hydrides (BaH12, ThH10, UH7 and UH8, CeH9, PrH9, and NdH9) lead the team to perform an experimental study of the Y–H system, focused on YH6, due to the outstanding superconducting properties predicted combined with a relatively low expected stabilization pressure of about 110 GPa. The results were surprising.

Not only YH6, but also YH4 and YH7, were confirmed as high-temperature superconductors at pressures of 160–196 GPa, confirming theoretical predictions. However, the measured critical temperature of YH6 is 224 K, which is unexpectedly lower than the theoretically predicted value (>273 K). Another predicted variable, the upper critical magnetic field, was found to be more than two times larger than the calculated one. Some important superconducting characteristics, like the critical current and its density, may be higher than that of the commercial superconductors.

The results of superconducting density functional theory (SCDFT) and anharmonic calculations, together with the anomalously high critical magnetic field signify the importance of the effects missing in conventional theories.

Note: The team dedicates this piece of research to the memory of Gerasim Matveevich Eliashberg (1930-2021).