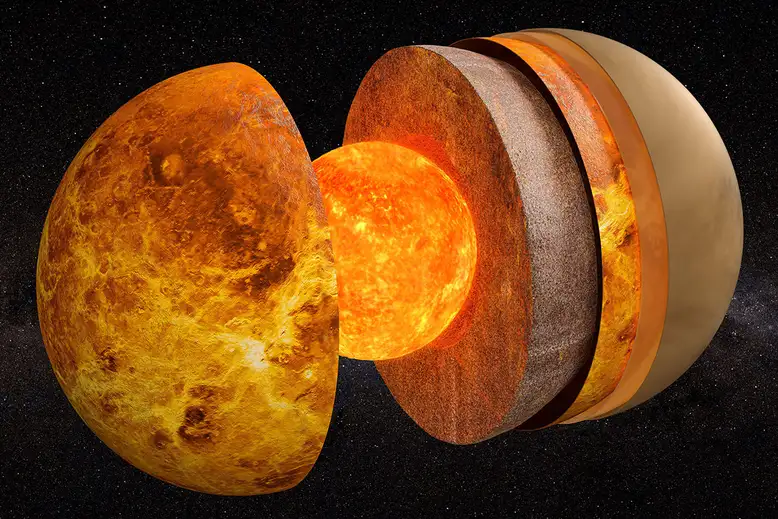 Venus’ core size is on par with Earth’s

The size of Venus’ core is similar to that of Earth’s, with a diameter of about 7,000 kilometers, according to findings published in Nature Astronomy. Researchers calculated the core’s size using radio waves sent via California’s Goldstone Solar System Radar and charting their echoes with the Green Bank Telescope in West Virginia.

The fossil of an organism that dates back about one billion years is “something which has never been described before in the fossil record,” according to Charles Wellman, author of a study on the find appearing in Current Biology. The microorganism may be part of the holozoa group, is described as multicellular yet also simple and was found in a rock formation in Scotland.

Novel CRISPR tools can turn genes off or on

Researchers have developed a method similar to a switch that can turn genes off and on using CRISPR technology, with the tools aptly called CRISPRoff and CRISPRon. “We now have a simple tool that can silence the vast majority of genes,” said Dr. Jonathan Weissman, an author of a paper in the journal Cell about the technique.

Humans were creating basic tools at least 1.8 million years ago, according to evidence recently discovered at Wonderwerk Cave in the Kalahari Desert of South Africa. Evidence of the use of fire dating back 1 million years was also discovered deep enough inside the cave to rule out natural wildfires.

The more accurate a clock is the more entropy it creates. Physicists created a simplified clock with a thin membrane that was jostled at each tick, producing an electric signal that got stronger as the clock became more accurate, in tandem with the amount of entropy.