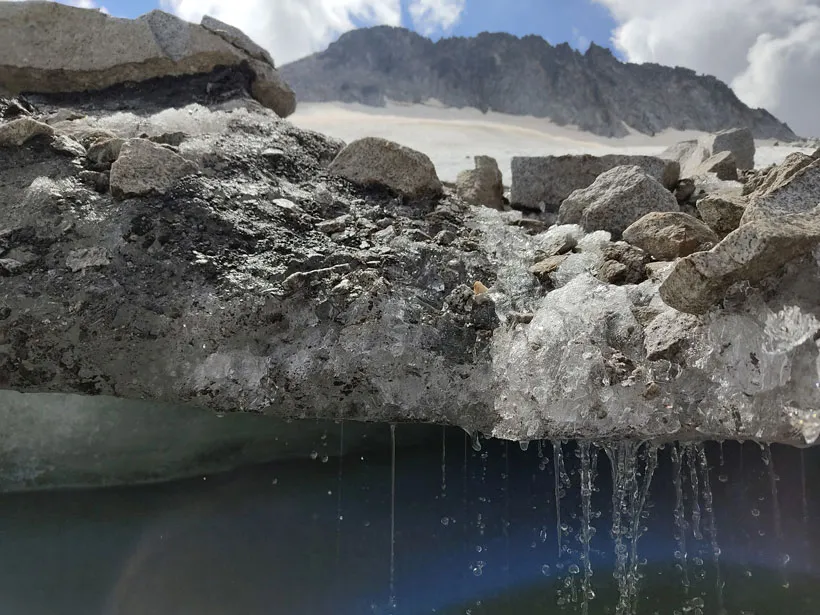 A space object called 2005 QN173 is both a comet and an asteroid, according to a study set for publication in The Astrophysical Journal Letters. The object is icy, leaves a dust trail like a comet and has an orbit of an asteroid, circling the sun on the outer edges of the asteroid belt, researchers say.

Preventing asteroid collision is all about timing

Blowing up an asteroid on a collision course with Earth with little or no fallout is possible, but it all comes down to when the incoming object is hit, a study in Acta Astronautica suggests. The more notice we have of an impending collision, the better our chances to use late-time small-body disruption, or asteroid nuking, to destroy it or change its course, according to various simulations.

Pyrenees glaciers may disappear within decades

Three of the remaining 24 glaciers in Europe’s Pyrenees mountains have shrunk to the point where they are no longer moving, say researchers who used drones, satellite images, field surveys and algorithms to study the glaciers. “We can argue with confidence that Pyrenean glaciers are in extreme jeopardy and could disappear or become residual ice patches in the next decades,” says Jesus Revuelto, a researcher at the Spanish National Research Council and the corresponding author of the study published in Geophysical Research Letters.

Genius dogs’ can learn names of more than 100 toys

Six dogs from around the world that learned the names of more than 28 toys took part in the Genius Dog Challenge. All of the dogs learned the names of 11 or 12 new toys within a week and remembered the names of toys they hadn’t seen for two months, and researcher Shany Dror likened their level of learning to that of children around 18 months old.

Scientists have created a prototype robot that can both walk and fly to demonstrate how it might one day be able to handle difficult tasks that other robots or humans can do, according to findings detailed in Science Robotics. The robot, called LEONARDO, short for LEgsONboARD drone, was influenced by characters in “Astro Boy” and “Iron Man” and can be seen walking, flying down a flight of stairs, navigating a slackline and riding a skateboard in a video showcasing its capabilities.