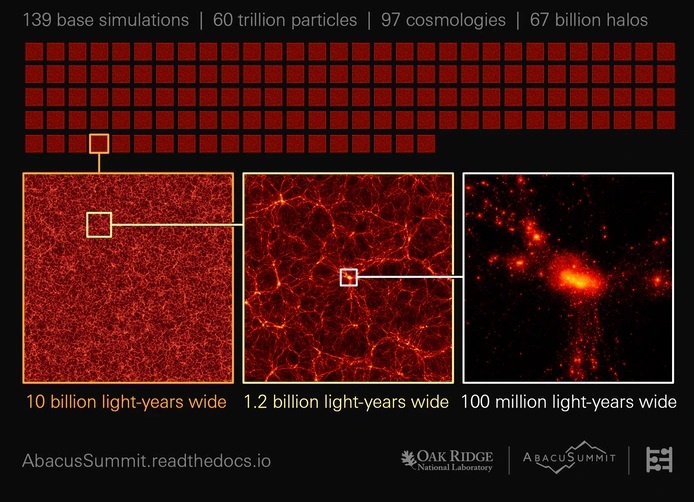 Astronomers have created AbacusSummit, a simulation suite of the universe that contains roughly 60 trillion particles across more than 160 simulations that model the ways dark matter and visible matter interact in a box-shaped environment.

The cocoons that encase African lungfish to protect them during long dry spells on land contain immune cells that help protect the creatures from bacterial infections. Researchers long believed the mucus cocoons were just a hardened shell that allowed the lungfish to stay alive until water returned to rehydrate them, but the new study shows they provide even more protection than previously thought.

NASA has released photos of its Perseverance rover collecting a third sample from Jezero Crater on Mars, which has been packed away to eventually be returned to Earth for further study. Scientists say the sample contains the magnesium iron silicate olivine, a green-colored material that also makes up a majority of the upper mantle on Earth.

Scientists who studied chemical processes in lava flows and dikes from volcanoes on Spain’s Canary Islands say magma with high magnesium oxide levels can contribute to eruptions. “When [the magma] gets to that sweet spot or tipping point of 5%-8% magnesium, it may have the ideal properties of reduced density and increased volatile content, so that in carbon dioxide-rich systems like ocean island basalts, it can actually erupt, like opening up a bottle of champagne,” says Teresa Ubide, an author of the study.

Sprouting seeds have been observed in a pinecone that’s been encased in amber for roughly 40 million years. Precocious germination is extremely rare in pinecones and researchers were surprised to see it on a fossilized specimen.