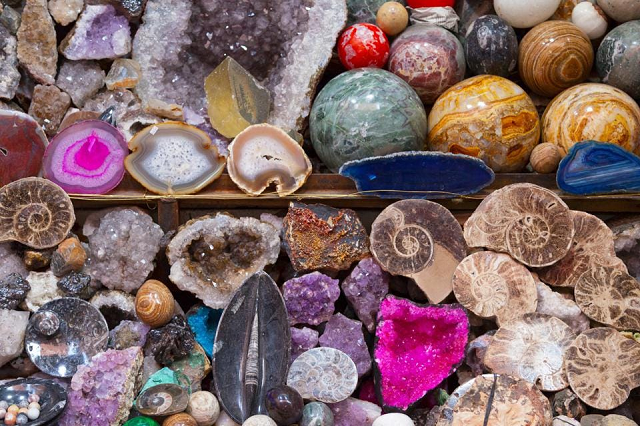 By studying the dynamic interaction between maneuverability and stability in robotic ammonites, a team of researchers has traced the evolution of shell variations of live ammonite shells in response to different needs and advantages. “Throughout their evolution, externally shelled cephalopods navigated their physical limitations by endlessly experimenting with variations on the shape of their coiled shells,” says David Peterman, co-author of the study.

Researchers in Germany found the monkeypox virus, which mainly is transmitted via direct physical contact with an infected person, on hospital surfaces touched by patients. The virus was identified on bathroom surfaces and in anterooms where staff changed in and out of protective equipment.

The Carnegie Institution for Science has published the results of a 15-year study of Earth’s minerals that proposes new classification methodology based on their origins. “This work fundamentally changes our view of the diversity of minerals on the planet” and “tells us something very profound about the role of biology,” says Robert Hazen, co-author of the the study.

Red supergiant stars appear to dance in the sky thanks to their gas-filled cores. Researchers used data from the European Space Agency’s Gaia space observatory to create intensity maps of the massive stars and then produced hydrodynamic simulations to reveal the stellar giants appear to move due to short bursts of radiation produced by pockets of rotating hydrogen and helium gas.

A study published online in the Journal of Alzheimer’s Disease found getting a flu vaccine at least once during a four-year period was associated with a 40% lower risk of developing Alzheimer’s disease during that time among adults ages 65 and older. Researchers compared the risk of Alzheimer’s in about 935,000 vaccinated people and a similar number of non-vaccinated older adults, and they found the vaccine’s protective association rose with the frequency of vaccination.