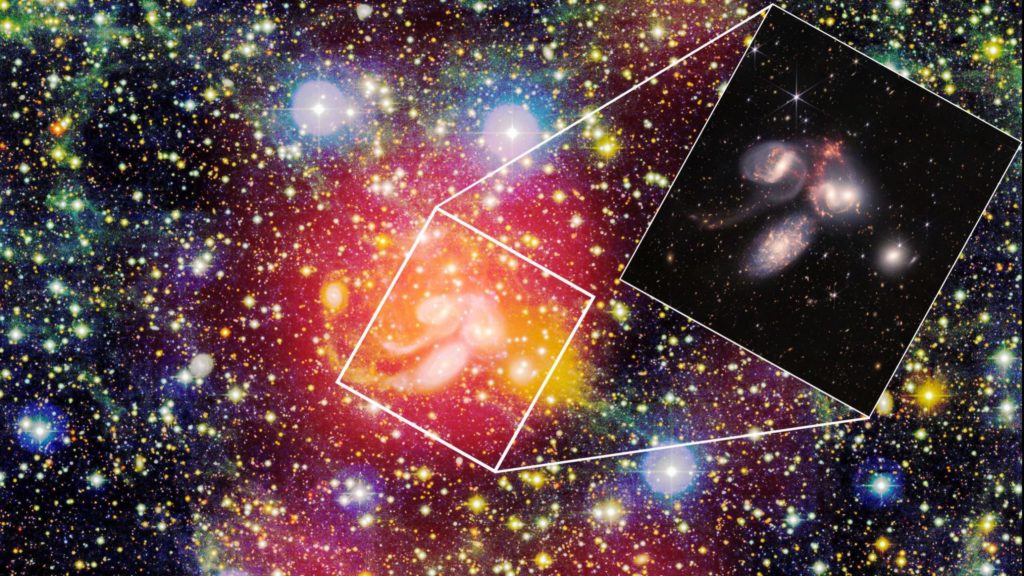 Plant biology experts agree that gene editing is a tool that has great potential for use in combating the negative effect of climate change in plants and that the technology “will be a relevant approach as soon as the genetic determinants of this negative response will be clearly identified.” A review found that carbon dioxide triggers an increase in photosynthesis, referred to as the carbon fertilization effect, and may be good for some plants but not for others and identified the impact of high carbon dioxide levels on plants’ molecular mechanisms.

Using China’s Five-hundred-meter Aperture Spherical Telescope, astronomers have observed that a set of five tightly-packed galaxies known as Stephan’s Quintet in the Pegasus constellation is covered in a massive gas cloud 20 times bigger than the Milky Way. “This is the largest atomic gas structure ever found around a galaxy group,” said Xu Cong, lead author of the study.

As the rate of thawing in the Arctic permafrost continues to rise, new data suggests an unintended outcome will be the spread of pathogens throughout the region. According to a study, the melting permafrost will force native species to seek out new host habitats and these migrating species will introduce unfamiliar pathogens to the area, which could lead to increased outbreaks similar to the COVID-19 pandemic.

Some 13,000 light years away, a magnetized star corpse boasts a solid surface, research shows, but the gravity holding the star’s iron crystal-covered surface means walking on it would be out of the question. “There is this huge difference in the gravity, which would definitely kill you because it would spaghettify you,” said researcher Roberto Turolla.

The plume from the Hunga Tonga-Hunga Ha’apai volcano’s January eruption in Tonga reached 57 kilometers above sea level — the highest ever recorded. Scientists used aerial images from three weather satellites to measure the plume, which also was the first on record to go beyond the stratosphere and into the mesosphere.