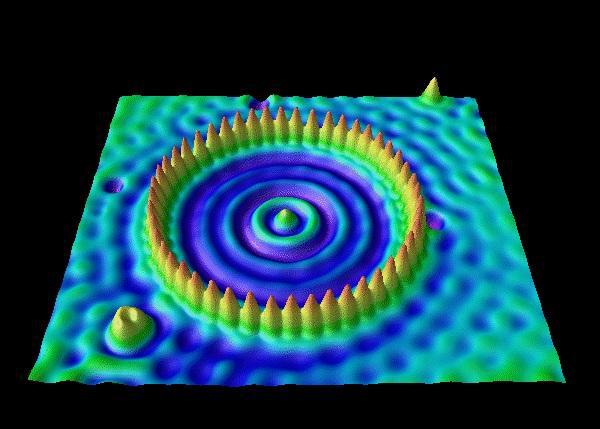 Quantum mechanics and relativity constitute the two main revolutions in physics on the twentieth century. Furthermore, the counterintuitive character of quantum mechanics yields to a rich branch of different possible interpretations, and there are still many open questions. Not solving, but just defining these questions, was the main purpose of a conference entitled “Quantum physics and the Nature of Reality”, that took place in 2011. The conference participants included theoreticians, experimentalists and philosophers. Also, during the conference a survey regarding the foundations of quantum mechanics was performed 1.

The questions proposed by the participants came to be known as the Oxford Questions 2. The first three categories of questions are displayed in Box 1.

The problem of the arrow of time is an old, but still interesting, problem. How can we distinguish future from past and why can we travel only in one direction are questions far from trivial. Strongly related with this problem is the second law of thermodynamics, which states that there is one extensive magnitude, entropy, which can never be reduced in an isolated system. If during a process entropy grows this is considered an irreversible process, as the system cannot spontaneously go back to its original state. On the other hand the evolution of a quantum system is given by a time-reversible equation, the Schrödinger equation, so the main question is where the irreversibility comes from.

One possible option is that irreversibility comes from the measurement process. During measurements quantum systems collapse to a certain value and that can introduce some irreversibility in its evolution. Recently, Aharonov et al, have study the relation of measurement outcomes and time evolution 3.

In this direction there are many attempts to model the quantum to classical transition. One of the most accepted one is called decoherence (see the results of the poll). By this model the classical world comes from the interaction of the quantum system with its environment to Classical—Revisited. http://arxiv.org/pdf/quant-ph/0306072v1.pdf (2003) 5. In any case, as the poll shows, there is no full agreement regarding this point and the quantum to classical transition is still considered an important problem by some of the experts.

Finally, also the relation between the collapse of the wave function and relativity is a broad field of study. As the measurement process can affect particles far away from the measured one, the speed of transmission of this collapse should, in principle, be measurable.

Experiments to probe the foundations of quantum physics

As physics is an experimental science, the foundations of quantum mechanics are strongly dependent on recent experiments. In this direction many experiments try to determine the maximum system size where quantum effects are present. Quantum interference has been probed to exist in molecules up to 430 atoms 6, but the upper limit is undetermined yet.

Another fruitful field of study for experimentalists are the quantum effects in biological systems 7. These experiments are interesting because these systems are in a warm and dirty environment, but they can preserve the quantum character of a system time enough for making use of it. That has inspired new lines of research in order to control and use this kind of effects in human-designed devices.

The measurement problem, itself, is also interesting from an experimental perspective. If measuring a quantum system affects it, can this effect be monitored? Is the speed of this collapse infinite or finite? These are still open questions in the experimental community.

The ongoing debate about the foundations of quantum mechanics