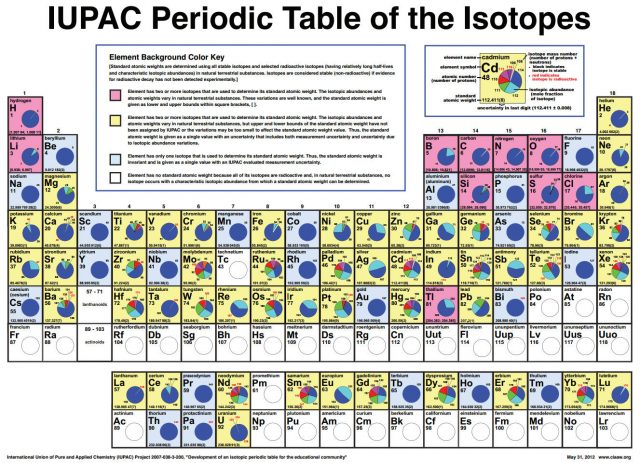 19 elements to have atomic weights adjusted

Aluminum, cadmium, gold and arsenic are among 19 elements that are having their atomic weights adjusted by the International Union of Pure and Applied Chemistry. More precise measurements are now available leading to the new weight calculations, which happens rarely. The atomic weight of nonmetal selenium hasn’t been revised since 1934, for example.

Children with Down syndrome have leukemia-causing gene mutation

Having mutations in the GATA1 gene can put children with Down syndrome at risk of developing a myeloid proliferation problem called transient abnormal myelopoiesis, Japanese researchers said. They found that children with Down syndrome who developed acute megakaryoblastic leukemia had additional alterations in other possible driver genes, including those in epigenetic and signaling pathways. The findings appear in the journal Nature Genetics.

Audubon’s warblers pick up urge to migrate from interbreeding

Audubon’s warbler, a bird that normally stays put in its western U.S. and Canada habitat, is beginning to migrate, say researchers at the University of British Columbia. The scientists looked at mitochondria in the birds, finding that northern birds were more energy efficient, suggesting that they were interbreeding with the migratory myrtle warbler.

Neandertals, not modern humans, made the first specialized bone tools in Europe

A bone fragment found in France is part of a specialized tool used to smooth tough animal hides. Neandertals made it 50,000 years ago.