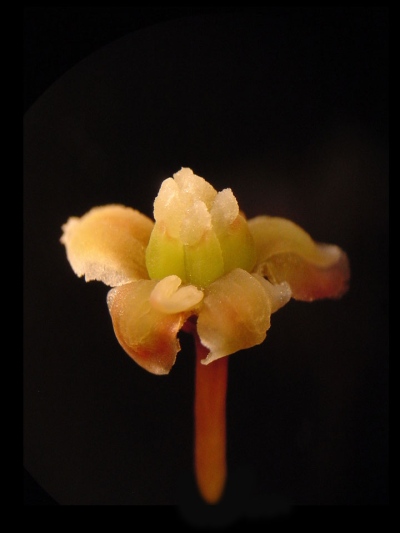 The genome of the shrub Amborella trichopoda has provided researchers with clues about how flowering plants have evolved, according to a study published in Science. The shrub is known to grow natively on the island of Grande Terre in the South Pacific and nowhere else, and is the only species in its genus, family and order. “Phylogenetically, it’s really the equivalent of the duck-billed platypus and monotremes,” said plant evolutionary biologist Claude de Pamphilis, a co-leader of the project.

A new kind of text message has been sent using chemicals — specifically, an alcohol mist — and a desk fan. Canadian researchers were inspired by the way animals communicate with pheromones. “To our knowledge, this is the first implementation of a macroscopic data communication system using chemical signals, and it is one of very few implementations of molecular communication at any dimension,” wrote the study’s authors. Their first message, translated from binary code, was “O Canada.”

The entire genome of a Neanderthal has been extracted from a 130,000-year-old toe bone found in a Siberian cave, according to a study published in Nature. The development gives researchers a rich source of information about the life of the Neanderthal to whom the toe belonged and Neanderthals as a whole. While the genome shows that the Neanderthal was highly inbred, it also provides evidence that interbreeding between ancient human populations was greater than previously thought.

A piece of Halley’s comet linked with ancient famine

A piece of Halley’s comet likely hit Earth in 536 A.D., causing so much dust in the atmosphere that it cooled the planet, possibly leading to drought, famine and illness, according to a study. Scientists analyzed ice in Greenland that was laid down between 533 and 540 A.D., and found large amounts of extraterrestrial dust as well as tropical ocean organisms in the samples. The evidence has led them to conclude that a piece of Halley’s comet likely hit an area of the tropical ocean with enough force to send tiny tropical organisms as far away as Greenland.

Towards an experimental economics

Once treated with scorn, randomised control trials are coming of age