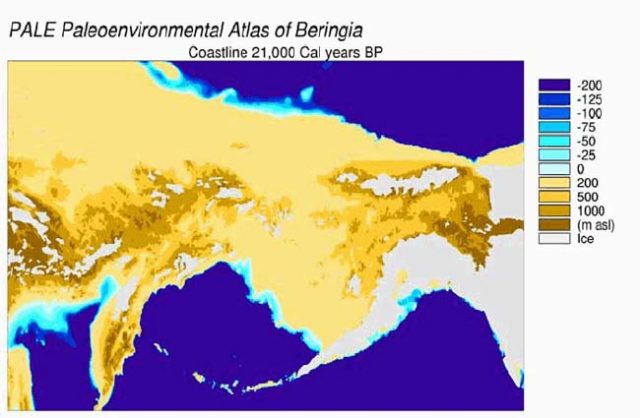 A review of genetic evidence suggests that the Native American founding population lived in Beringia for thousands of years before migrating south into North America. And sediments taken from the Bering Sea show that at the time, the region also had woody plants for building fires, and grassland steppes where woolly mammoths and other game animals could have grazed.

A new quasiparticle, which forms in a semiconductor and is made up of electrons mixed with areas in which electrons are missing, has been unexpectedly discovered by physicists. Researchers are calling the part-particle, part-liquid quantum droplet a “dropleton.”

Scientists have found a new target for a potential dengue vaccine, a molecular hinge composed of 25 amino acids found in the dengue 3 virus and the primary target of human antibodies. The study published in the Proceedings of the National Academy of Sciences showed that after replacing the dengue 3 hinge with the amino acid chain of dengue 4 in primates, dengue 3 antibodies became ineffective on the mutated virus, but was neutralized by dengue 4 antibodies produced by the subjects. Researchers said this finding could help them develop a vaccine against all four types of dengue.

A mild electric shock has awakened minimally conscious patients who have been in that state for weeks, or in some cases years, according to a study. The shock, applied to the brains of 15 people in vegetative states, roused them enough to show signs of consciousness, and two answered questions for a couple of hours before returning to their previous state.

The plaque found in the teeth of 1,000-year-old skeletons has given researchers a wealth of microbial information. Researchers sequenced DNA from the dental calculus, finding, among other things, that ancient microbiomes possessed the ability to resist antibiotics long before antibiotics were invented.

The Times of India