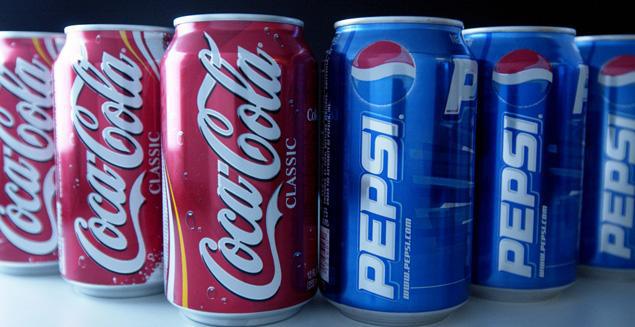 Economic models of perfect competition and of monopoly only need to include individual behavior that takes the environment as given. In the case of perfect competition, individual firms and consumers only need to know the prevailing market prices to decide their purchasing and production plans, whereas the monopolist needs to know the demand it faces.

Between these two extreme cases one finds the realm of the oligopolies, where firms cannot take prices or own demand as given, since they depend on their own choices. Firm A in a duopoly needs to anticipate the plans of Firm B, but Firm B needs to know Firm A’s. This situation looks like a vicious circle that cannot be solved, or that may have too many solutions. In 1838, however, Antoine Cournot presented a model showing that the situation was no more complicated than solving a system of n equations with n unknowns. The history of his model is the history of a success. Each firm chooses its quantity as a reaction to the known demand and costs, and the unknown quantities chosen by the rest. This way a system of n equations is formed, and its solution is the Cournot equilibrium.

Many other models followed, of which the most famous is due to JLF Bertrand, where firms choose prices rather than quantities as their strategic control variable. However, this model leads to a paradox: a market with only two firms is enough to achieve perfect competition, a fact not easily found in the real economy. The model of Cournot, on the other hand, has the very good property that it converges smoothly to the competitive outcome when the number of firms increases, and coincides with the standard monopolistic model when there is only one firm. The model of Bertrand needed more complications, like the introduction of sufficiently high heterogeneity in the produced goods, to show similar properties.

The model has been successful to help understanding international trade under more realistic assumptions. For instance, it explains how otherwise wasteful subsidies could be beneficial to promote exports (Brander, 85) 1, or how dumping practices could actually be socially beneficial (Brander and Krugman, 1983) 2. It also helped to use concentration indexes that capture the degree of competitiveness in an industry as a proxy of an equivalent number of equal-size firms. The most widely used is the Herfindahl index, used both in the USA and the EU to implement their anti trust policies.

The clarification of arguments about the existence of tacit collusion among the firms in an oligopoly shows the applications of the theory to legal aspects of competition policy. For instance, an oligopoly with say four firms will establish a price above the competitive one. Should this fact be regarded as tacit collusion? The economic analysis indicates that firms are behaving in a non collusive way, and are playing according to their individual strategic incentives. The result is non-competitive, but one has to blame the market structure or the relevant regulation, not the firms.

The next example is still more complex. In a repeated situation there exist multiple equilibria, and firms may fix a price still higher than the Cournot equilibrium under the provision that if a firm deviates from that strategy, the others will start a price war that will punish the deviator. This strategy is also an equilibrium, and the firms could allege that they reached it unilaterally. However, in this case the economic analysis shows that this is very unlikely, as the complexity of the strategy and the coordination on a particular equilibrium among many is evidence of a tacit or explicit collusion. The complexity of how to integrate both the economic and the legal analysis can be seen in Bunda (2006) 3.

More recently, a couple of results contributed more to the usefulness of the Cournot model. Kreps and Scheinkman’s (1983) 4 showed that a more realistic model in which firms first choose capacity and then compete in prices has the same solution as Cournot. Moreno and Ubeda (2006) 5 confirmed the result with an even more realistic description of the price competition. Kemplerer and Meyer (1989) 6, on their part, showed that when firms in an oligopoly compete in supply functions (like electricity auction markets, where firms propose both a quantity and a price to sell) the result is again the Cournot behavior, provided there is some uncertainty in the demand. The understanding, after all these results, is that the Cournot model can be seen as a reduced form of a more complicated description of an oligopolistic market.

Experiments to test the Cournot model in the laboratory confirm that subjects behave very much like the theory predicts for the duopoly case. For more firms, experimental subjects’ choices converge to the competitive equilibrium somehow faster than the theory prediction (see, for instance, Holt, 1985) 7. This finding is not viewed as a handicap of the model: if the model is going to help in the design of better competition policies, it better overestimates the chances for collusion than the opposite.

Research, however, never ends, and the Cournot model faces new challenges. Another area of application of the model is the analysis of futures markets. The simplest case is as follows. Say two firms compete in a weekly market that opens on Friday. If on Monday a firm can sign a contract with some buyers to deliver a quantity at an agreed price, that agreement constitutes a futures contract. One of the reasons for such a contract is that the signers do not need to face the uncertainty of waiting until Friday to know the price. Allaz and Vila (1993) 8 showed that in this simple form, a side effect of the futures market is that firms behave more competitively (it works as if firms have to compete twice). Other works have challenged this view, but the discussion in the present article is not about this ongoing research, the issue is rather whether the Cournot model can still be viewed as a reduced form of the more realistic scenarios in the presence of futures markets.

Needless to say that this is an ongoing area of research, and that the final word has not yet been said. More theoretical, empirical and experimental evidence has to be collected, but the Cournot model seems to still be of enormous help if only one knows how and when to use it.

You are the success of this song