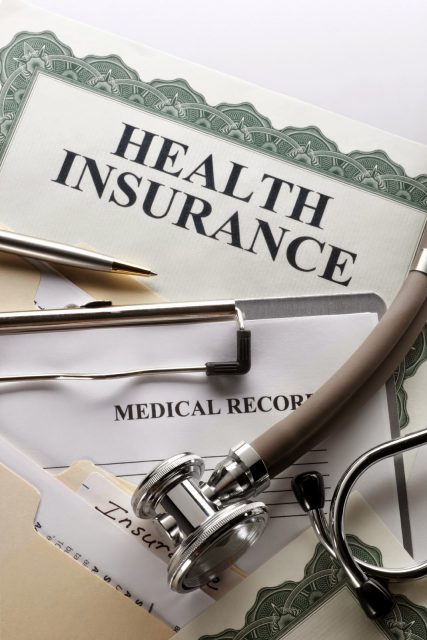 In the first part of this series, I presented the rationale for government intervention in the health sector and, then, summarized the findings of Stabile and Thomson (2014) 1 on the problems of financing and risk pooling in different health systems. In this second part I continue with the problems on demand, coverage decisions, evaluation and access to care, following the experience in different countries.

All health systems rely on goods and services provided by hospitals, labs, physicians, pharmaceutical companies and other agents, and must decide how to make purchasing and financing decisions. Many OECD health systems have experimented with policies that move away from passive reimbursements to other policies. The most important ones are funding diagnosis-related groups (DRG), a system that classifies hospital cases and procedures into groups and then assigns payment prices for these groups, and payment for performance (P4P). Theoretically, the effect of competition under fixed prices is an increase in quality. This occurs, for instance, when the government gives the individual a bond to buy a pre-specified insurance plan from private providers. The empirical evidence supports this effect, with a higher increase when the number of competing hospitals is large, and with an increase in the quality if the price increases (Gaynor and Town 2011 2). However, in markets with stricter budget constraints (e.g., when there are large government purchasers), there will also be a competition in prices, with an indeterminate effect on quantity (Propper et al. 2004 3) and Propper et al. 2008 4). Evidence from reforms in England is consistent with these predictions.

In general, competition works best when quality is easily measured (e.g., wait time), but in some cases the improvement has been made at the expense of other results that are harder to control. Fee-for-service is still the dominant form of payment of physicians, except in England, where DRG is becoming the norm. However, efforts to introduce P4P mechanisms are made in all OECD countries except Canada and Switzerland. While some improvements have been observed in the UK when passing from DRG to P4P, the same is not true in the USA as observed in Rosenthal and Frank (2006) 5.

Canada has an universal health insurance coverage of doctors and hospitals by a unique provider. Other services are not universal (like dental and pharmaceutical services) and are serviced by a mix of private, public insurance and public subsidy. In British Columbia, prior to 2003, the Government provided drug coverage for individuals sixty-five and older. In 2003 the province changed this to an income-base coverage program to reduce costs and make the system more egalitarian. The evaluation of the program shows that the change resulted in a less regressive drug program, with higher income individuals paying a larger share. However, the payments for lower individuals also increased (Hanley et al. 2008 6). Canada also subsidizes (via tax deductions) the purchase of voluntary health insurance. The empirical evidence suggest that theses subsidies have high impact on small firms, and estimate that, without them, complementary drug coverage offered through small firms, would decline by 50% (Stabile 2002 7).

In addition, individuals can also buy insurance plans privately and have tax deductions, and the studies show that individuals are indeed motivated to get the extra coverage. Although subsidies successfully help to increase coverage at a cost to the public revenue, the equity is reduced (Smart and Stabile 2005) 8. In Australia, the Government has also promoted similar subsidized private programs. Hurley et al. (2002) 9 report large increases in private insurance, but no clear cost savings for the public sector, and also no conclusive evidence of increase quality measured by reduction in waiting times.

Several countries have adopted some kind of health technology assessment to ensure what technics to cover. There is still limited evidence on the effectiveness of these evaluation methods, although there is a study regarding the case of England. In this country, recommendations on the use of technology have produced some savings to the National Health Service (NHS), but with part of the cost shifted to patients (Richards 2008 10).

In the absence of a price system, wait times ration health services for patients, imposing a cost on them. The cost diminishes if patients with a higher potential gain from treatment are also the patients with the shortest wait. Unlike private insurance, publicly financed care systems typically discriminate patients according to the urgency of treatment. One characteristic of the NHS in England is the existence of GP fundholders, general practitioners who hold funds to purchase care for their patients and who compete to get patients from the NHS, like hospitals do. Propper et al. (2002) 11 study hospital wait times for over 100,000 elective hospital admissions in England between 1993 and 1997 and find that patients with GP funholders waited less time. Their conclusion is that it is the ability to pay for shorter wait times from within the public system (via GP fundholders), and not the ability to choose the hospital for the procedure, what caused shorter wait times. Siciliani and Martin (2007) 12 examine the effect of increasing hospital choice with data from 120 hospitals between 1999 and 2001 and show a modest reduction of wait times due to hospital competition.

Further studies confirm the decline in wait times due to competition after the post-2000 government reforms and, more important, they show that the reforms did not lead to the inequitable distribution of wait times that many people predicted (Cooper et al. 2009 13. 13). Even more, the causality is confirmed by the natural experiment available to the researches, as England introduced targets, but Scotland did not. Similar studies were conducted in other countries. An international comparison of wait times by Siciliani and Hurst (2004) 14. 14 suggests that, while wait times are not a problem across all countries, where they are a problem, governments have been able to reduce them when they have chosen to focus explicitly on achieving this goal.

Let us finish the summary of Stabile and Thomson (2014) with their own conclusions:

There has been some convergence in policies adopted across countries to improve financing incentives and encourage efficient utilization. In the case of risk pooling, all countries with competing pools are experiencing similar difficulties with selection and are adopting more sophisticated forms of risk adjustment. In the case of hospital competition, the key drivers of success appear to be what is competed on and measurable, rather than whether the system is public or private. In the case of both the success of P4P and issues resulting from wait times, evidence differs within and across jurisdictions. However, the evidence does suggest that a number of governments have effectively reduced wait times when they have chosen explicitly to focus incentives on achieving this goal. While the United States remains an outlier among OECD countries, a number of policy changes across jurisdictions suggest significant convergence in the role of the state in financing health care. These changes, coupled with the introduction of a universal mandate in the United States, suggest that many of the lessons learned above may apply in the United States as well.