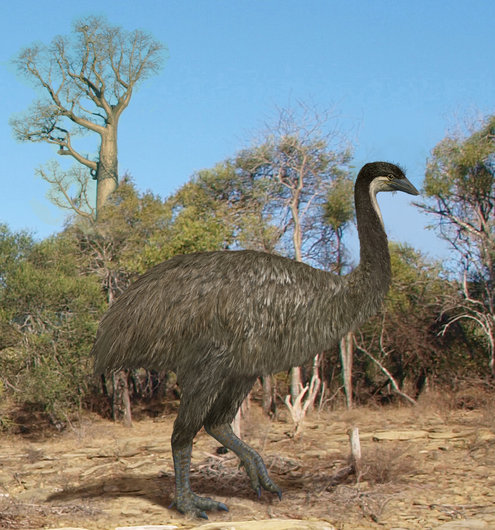 DNA studies of the massive, extinct elephant bird of Madagascar show that its closest modern relative is New Zealand’s tiny kiwi, rather than the ostrich, which it more closely resembles, leading researchers to speculate about how the flightless birds migrated, according to a study published in Science. Researchers theorize that kiwis and elephant birds shared a common ancestor that lived about 50 million years ago, and since Madagascar and New Zealand were separated by an ocean, they think that ancestor could fly.

Scientists used patients’ glioblastoma cells to create personalized cancer models, or avatars, that predicted the cells’ drug sensitivity with about 75% accuracy. The technique accounts for complex cellular processes to predict individual tumor response based on genomics and is a step toward personalized medicine.

Volatility has disappeared from the economy and markets. That could be a problem.

Microbes, much like the ones found to live inside the human gut, have been discovered inside the placenta, which has always been thought of as a sterile environment, according to researchers. The co-evolution of microbes and humans has resulted in the maintenance of a microbial community in the placenta during healthy pregnancies that clearly is not impacting the fetus in a negative way.

Messages could be sent through time via long, thin wormholes

If a wormhole were long and thin enough, messages in the form of light pulses could be sent through time. Luke Butcher theorizes that, under the correct circumstances, the negative Casimir energy needed to keep a wormhole open could be created by the wormhole itself if the throat is much longer than its mouth’s width. “Unfortunately, this energy isn’t enough to keep the wormhole stable. It will collapse. But the existence of negative energy does allow the wormhole to collapse very slowly,” he said, possibly long enough to send a pulse of light through.