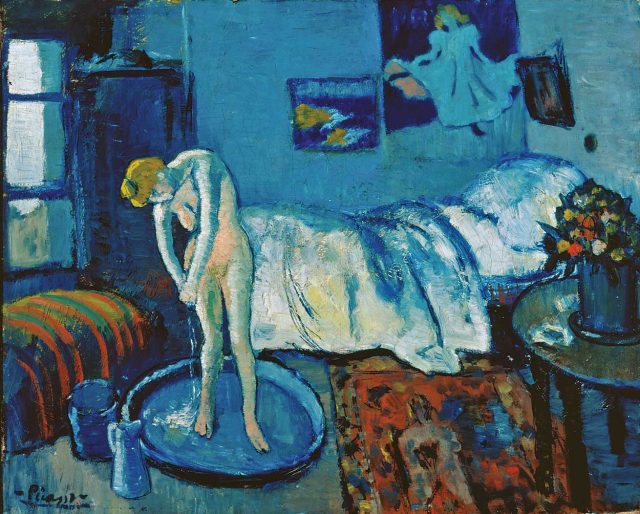 Scientists using infrared technology have revealed a portrait of a bearded man resting his head on his hand underneath Pablo Picasso’s 1901 painting “The Blue Room.” Picasso often reused canvasses because he couldn’t afford new ones, according to art experts. Two years ago, another portrait was found underneath his painting “Woman Ironing.”

A cave called the “Pit of the Bones” in northern Spain has yielded 17 well-preserved fossil skulls dating back about 430,000 years, according to a study published in Science. Paleontologists say the remains belong to an extinct species of humans closely related to Neanderthals.

Trees separated by 2 oceans are related

A species of acacia tree found on Reunion Island in the Indian Ocean is a direct descendant of the koa, a common tree found in Hawaii, which is 18,000 kilometers, or more than 11,000 miles, away, according to a genetic analysis. Researchers speculate that a seed from Hawaii was deposited on Reunion Island by a sea bird about 1.4 million years ago in a singular event.

Scientists are using lasers to understand the structure and density of supercooled water. The laser method allows the scientists to examine rapidly cooling water before ice crystals begin to form, which obscure the measurements.

NASA scientists have concocted a “recipe” that recreates the aromatic composition of the atmosphere for Saturn’s largest moon, Titan. The process was used to classify unidentified material found by the Cassini space probe’s Composite Infrared Spectrometer.