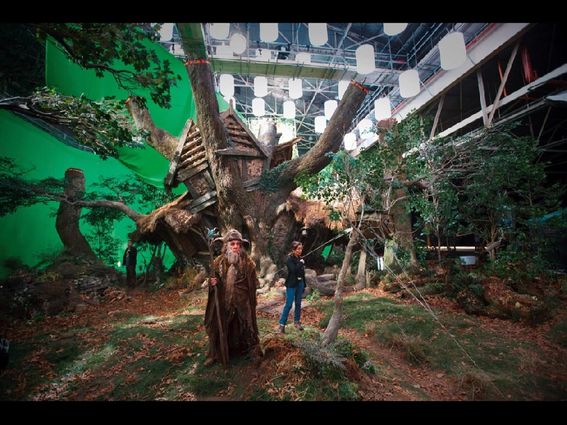 [You can read the first part of the manifesto here, and the second here]

(5) In this last entry we will consider three main objections that have been levied against positivism in various of its brands: the epistemological objection that science –and human knowledge in general– cannot be reduced to a combination of a neutral empirical basis and purely formal arguments; the political reproach that positivism is naturally allied with ‘the axis of evil’ (capitalism, industrialism, bureaucracy, and the military); and the humanist critique that its collusion with western science deprives us of the meaningfulness, wonder and beauty of the Lebenswelt, i.e., that it is the main responsible of the ‘disenchantment’ of the world.

No doubt, positivism is often associated with the view that there is a clear-cut distinction between observational and non-observational concepts, or between empirical and theoretical propositions. Also, Wiener Kreis logical positivism and its post-war successors have often defended the claim that legitimate scientific knowledge and arguments must be expressible through formal, logico-mathematical schemas.

A big part of the philosophy-of-science industry of the last five decades has been devoted to show how unlikely these two aspirations were: observation is always ‘theory-laden’, meanings are ‘negotiated’, concepts are based on metaphors, and formal arguments are always conventional to some degree (I am tempted to say that all these four points are ‘established positive facts’ about scientific knowledge). But the relevant point is that the liberal positivism I am defending does not require of any of those things, for it is only based in the fact that the outcome of the public exercising of our cognitive capacities leads naturally to an in-practice unavoidable intersubjective agreement about some claims on empirical events or logico-mathematical propositions (even perhaps about some normative propositions, but this question leads to a discussion I prefer to leave for another chance). What obstacles and complications, both factual and conceptual, those cognitive capacities do encounter during their operation is plainly irrelevant for the public and compulsory character of some part of their outcome, though they are doubtless of the greatest interest from a philosophical and scientific point of view, as far as we are interested in how our knowledge is produced.

The fact I think a good epistemological theory should try to explain is why are we able of noticing and discovering things like that there are infinite prime numbers or that water is made out of molecules; surely Carnap’s Aufbau didn’t succeed in explaining that; but any theory that concludes that we are just not capable of doing such things (instead of pointing to how implausible it is that we do) will be missing the point.

Certainly, what is undeniable is that a big part of what is contained in scientific papers, books, presentations or lectures does not consist at all in established facts. They are conjectures that in many cases will not survive the criticisms that will be raised to them with the help of established empirical facts and established mathematical arguments. Of course, it can be the case that some people, even the core of a scientific discipline, either by mistake or maliciously, take and present sometimes some of those conjectures as if they had been established, but the regular practice of science is critical enough to allow researchers to recognise that most of ‘frontier science’ is just a living layer of conjectures from which only a few pebbles will luckily sediment as established positive facts. Scientists, science communicators, business people, teachers and politicians have a responsibility in not presenting something that is not established knowledge as if it were (and vice versa); but denying that there is a meaningful distinction (even if not always a crystalline one) between established facts on the one hand, and conjectures, opinions and mere interpretations on the other, simply contributes to undermine the epistemic responsibility on which our common life depends.

(6) The second criticism points towards a particularly important topic. Positivism, as here defined, is about rights and obligations, and every time these are to be instituted the danger exists that they are allocated in a biased way, not respecting reasonable principles of justice, but according to the interests of the powerful. For example, it has been too easy for governments and industries to employ the rhetoric of positivism and scientism in order to delegitimize points of view they considered as ‘dangerous’. It is also true that scientific research, particularly applied research, having been funded basically by governments and industries, may have tended to concentrate on issues that benefited mostly those patrons (or that they thought will benefit them).

But, in the first place, all this does not entail that the difference between established facts and non-established claims or opinions is pointless; it only means that ‘we’ should attempt for a more democratic ‘social contract for science’, one according to which it becomes more difficult for the powerful or for anyone else to advertise and impose certain views as ‘scientific knowledge’ when they are not so; and, especially, one ‘contract’ that makes research more profitable to the common citizen, both in practical and epistemic terms.

In the second place, asserting that industries and governments employ ‘fake’ experts just to delude the citizens, or that scientific research benefits the interests of the capitalists, ironically presupposes that it is reasonable to trust ‘experts’, and that the results produced by scientific research are often empirically successful. For if presumed ‘experts’ were not systematically trustable (at least in a statistical sense), people would not care a bit about what the ‘government-industry’ appointed ‘experts’ proclaimed; and if the science carried out under the umbrella of industrial or military sponsors were not conductive to successful predictions, these ‘demoniac’ agents could not benefit at all from their heavy investments in research.

Hence, perhaps positivism has been historically associated with the ‘wrong’ political ideologies (something that I sincerely doubt as a legitimate generalisation), but the truth is that, if we want really to democratise the production and distribution of knowledge and its products, what we need is more positivism, rather than less. That is, we need to take still more seriously the difference between what we would like to count as certified knowledge and what we wouldn’t.

(7) Lastly, what about the point that positivism contributes to the ‘disenchanting’ of the world? In a certain way I have already answered to that question in section 4: liberal positivism is not about commanding people to reject everything that fails to be ‘scientifically established’, but about letting them the right not to accept it. Liberals are not the ones to forbid people to entertain or believe any mystical, humanist, transcendent, or holistic theory, or by the way, any reductionist, determinist, materialist, or racist hypothesis, they happen to find more convincing; what ‘we’ want is just that any theory that competes for the minds of the people be publicly presented as a mere speculation unless it has (to use a well known expression) ‘proved its mettle’ after submitting to a meticulously critical, intersubjective scrutiny. If the result of this exam is that we don’t find reasons to take the existence of the afterlife, of orcs and elves, or the inexistence of anything outside of the text, as compulsory to the reasons we have for accepting the existence of water molecules, extinct dinosaurs, or the satellites of Jupiter, hence we can only say ‘sorry, you had the chance’. I personally find much more fascinating the complex world, including humans, that is manifest to us through the profuse discovery of scientifically established facts, than the comparatively much more simplistic and naive world views typical of religious, mystical or (some) philosophical doctrines; works of fiction, as well the reading of history, provide me with nearly all the share of fabulous excitement I could desire, though I admit that perhaps I may be less in need of that type of cognitive drug than the average human.

Of course, knowing a large array of facts is not enough to know how to use them, how to argue with their help, nor even how to understand them. More than mere knowledge is needed: we also need wisdom, reason, prudence. But, unfortunately, there is no knowledge about wisdom (only, at most, knowledge about what many thinkers have written about it); wisdom, almost by definition, belongs into the realm of what does not consist in established facts. The only thing you can know about it is that there are no masters of wisdom, in spite of everything they can say. Talk about values and the wise use of knowledge is (save a number of truisms derivable from logic, statistics and commonsense) not the kind of discourse about which we can reach an intersubjective agreement, but of course it is something in which there is a lot of space for reasoned argumentation, only with the proviso that all the stances that are adopted within those debates are optional in the last term, and none of them offers anything like a warrant of leading you to truth and happiness more often than the rest, nor even more often than not.

To conclude, liberal positivism invites you to (wisely) think about knowledge in terms of social epistemic responsibilities and obligations: what do you think we can legitimately demand that our fellow citizens (including you) take for granted about the things they are dealing about. Perhaps you have an answer to this question which is different than ‘well, at least that they accept what has been rigorously established about those matters’, and I would be happy to discuss these other answers in the future. I also admit that how well established is ‘rigorously established’, is a matter of wisdom, not of knowledge, and that we may have different reasoned opinions and judgments about that. And I finally admit that my own point of view on these topics depends on the values I have, and surely on many prejudices I would like to disclose and openly discuss. But I would be happy enough if this entries promote a debate on the ethico-political foundations of our epistemological ideas.

Positivism is a humanism (a manifesto) (2/3)

Positivism is a humanism (A manifesto) (1/3)