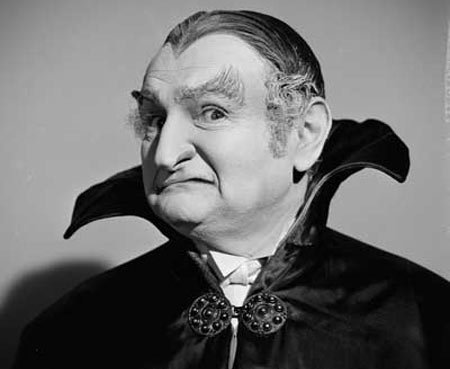 We all have heard stories about young blood-consuming vampires remaining eternally youthful. Although lots of literary fictions have become true with scientific progress, no one would ever believe that young blood could have rejuvenative effects on the elderly. Surprisingly, this is recently becoming true with the increasing evidence in biomedical research showing that old mice systemic exposure to young mice blood can reverse some age-related dysfunctions. During the last four years, three independent groups from Harvard, Cambridge and Stanford have observed that treating old mice with young blood can reverse some dysfunctions of aging, improving how these animals live. Although this new field is just starting, the young-blood treatment has been shown to have revertive effects in mice dysfunctions such as cardiac hypertrophy 1 or muscle dysfunction 2. Besides, young blood has been shown to partially reverse demyelination processes, well-recognized features of multiple sclerosis lesions 3, and to improve the brain vasculature system 4.

The latest piece of evidence showing how young blood can reverse age-related dysfunctions comes from the lab of Tony Wyss-Coray at Stanford. In a paper recently published in Nature Medicine, Wyss-Coray’s team showed that exposure of an aged animal to young blood can stop, counteract and reverse pre-existing effects of brain aging thanks to young blood-induced cellular and molecular changes in neurons. These changes increase the quality and number of connections between neurons, improving memory and learning in old mice 5. The authors observed that this increase in neuronal connections particularly occurs in the hippocampus, a well-known region of the brain highly implicated in memory formation that is particularly vulnerable to Alzheimer’s disease pathology.

As the evidence increases there is a question that becomes relevant – what makes young blood different from old blood? Wyss-Coray’s team approached this question with an interesting experiment: if one heats young mice blood for 2–3 min at 95 °C, the beneficial effects of the administration of this heated plasma in old mice are now completely eliminated. This indicates that “rejuvenating” factor(s) contained in young blood are probably proteins or large polypeptides, since heating destroys protein structure by a process called denaturation. However, although we can predict the nature of these factors, what we really need to know is their molecular identity since they could be used to develop new drugs to treat cognitive decline in aging.

One approach to find the identity of these factors is based on knowing how they work, i.e. which molecular and cellular pathways they change to produce their effects. In this sense, Villeda et al show a dataset of genes differentially expressed between hippocampi of aged mice treated or not with young blood. Since genes can encode information for promoting different cellular processes, studying the coordinated activation or inhibition of a precise set of genes after young blood treatment can give some clues about the improved pathways in old mice. Among hundreds of genes altered, Villeda et al found many involved in synaptic plasticity, a process in which neuronal connections are strengthened in response to increases in their activity (i.e., the more you use that connection, the better it works). Importantly, synaptic plasticity is nowadays thought to be one of the most important processes during memory consolidation.

One of the key genes they found to be significantly upregulated after young blood exposure is the one that has the information to produce the protein called CREB, a molecule that facilitates synaptic plasticity. CREB amount in the hippocampus is gradually reduced during healthy aging 6 and its function is impaired in several brain pathological conditions including Alzheimer’s disease, Huntington’s disease and Coffin-Lowry syndrome 7. The authors found that if they don’t allow CREB to function, the young-blood improvement in old mice is mostly lost, indicating that the “mysterious” blood factors somehow work activating CREB functionality.

Although all this progress is really exciting, we are now left with many more questions than answers. What is the identity of the rejuvenating factors present in young blood? What tissue produces them? Could we use them as therapeutic agents? Are these results found in mice applicable to humans? Could plasma from young human donors rejuvenate the brains of aged human patients?

It is of course too soon to answer these questions. However, it is tempting to speculate about the potential use of the unknown rejuvenating factors as new drugs to treat cognitive decline, especially in diseased aging. Human lifespan is increasing over the years implying that a greater fraction of the population is suffering from age-related cognitive diseases. According to the World Health Organization (WHO) the total number of people with dementia is now reaching 35.6 million people, with 7.7 million new cases every year. What is worse, it is projected to almost double every 20 years, to 65.7 million in 2030 and 115.4 million in 2050 8.

An important finding of Wyss-Coray and colleagues is that some deleterious consequences of healthy brain aging can be reversible. This suggests that maybe early stages of some brain diseases could also be reversed. While current medicines used for cognitive decline are focused in stopping the progression of the dysfunction, these new findings potentially open a new field in which cognitive decline could be not only stopped but also reversed, potentially changing the quality of life of millions of people. Not surprisingly, Wyss-Coray has stated that he hopes to dive into human studies as soon as possible. He has co-founded a biotechnology start-up named Alkahest to explore the therapeutic implications of this study’s findings in humans. However, for now there is too great a leap to think that diseases like dementia could be treated just with young blood. Further studies are necessary to find the identity of pro-youthful factors, an entire new class of medicines has to be created and so much work is needed to find out if they really will work for human pathologies. Nevertheless, all this exciting research opens a new promising line of investigation that could change completely how age-related dysfunctions are treated.