Robert Bud is an historian of science, technology and medicine. Also the Principal Curator of Medicine at the Science Museum, he has worked at the Museum in a variety of roles, for more than 30 years. He was educated in Liberal Studies in Science in Manchester, one of the world’s first science studies departments, and in the History and Sociology of Science at the University of Pennsylvania where he took his doctorate. Fascinated by the process of story telling in the Museum medium he has directed the development of major narrative and collections based websites at the Science Museum as well as several major exhibitions. 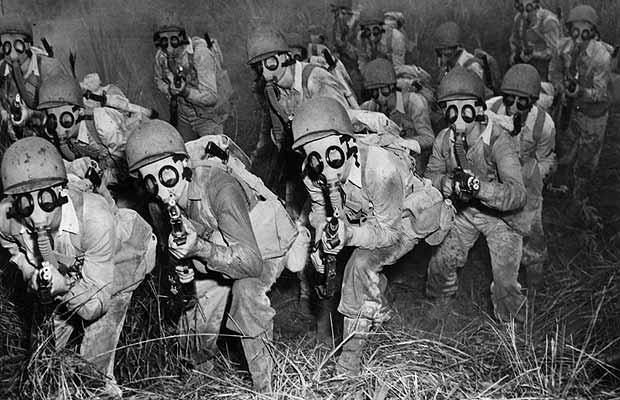 I am concerned here with the ways science and the future were interpreted during the interwar years. I argue that we need to come to deal not just with “the view of science”, but rather with sharply contrasting and competing narratives vigourously expressed in a new media-rich world after the First World War.

Our vision of the 1920s interpretation of science across the western world may be conditioned by the optimism expressed by many. A review of the short book Daedalus by British physiologist JBS Haldane captured a much wider mood, ‘There is a kind of youthful gallantry and romanticism which is, if typical, of great promise for the future of science. Mr. Haldane is open to all possibilities ; he lives in a wide universe. The extent and profundity of the modem universe of science as revealed in this book, and the vigorous optimism and enthusiasm of the author, typical, we believe, of the modern scientific outlook, will help any reader to understand why science is the dominating intellectual activity of our age.’ 1. Yet there was also a nervousness about science as expressed even by US President Calvin Coolidge who spoke in 1925 to the American Association for the Advancement of Science of a “feeling that includes much of awe and something of fear, as we ask ourselves to what revolution you will next require us to adapt our scheme of human relations.”2 . It is therefore too easy to equate science with optimism. The recent war had shown the future was not always nice. Science had not won the war and indeed had come out of the war with a very ambivalent reputation. Across Europe, new futures called for and justified by new interpretations of the past Those interpretations associated with not just with new stories in abstract but with the urgent investment in telling those stories.

Issues of the meaning and architecture of science mattered to laypeople as well as scientists. So the interpretation of science should not be seen in terms of a trickle down from an academic elite. It was told with great investment by governments, great industries and political parties. Stories with competing meanings were maintained in the canon.These stories were told in Museums either new or newly founded or opened: Science Museum; Palais des decouvertes; Deutsches Museum; Museum of the History of Science (Oxford); in great exhibition such as those at Wembley, Paris, Chicago, New York, San Francisco and the non-exhibition in Rome and on the Wireless. In this period broadcasting was founded and television launched. Moreover there were popular biographies of famous scientists, and books about science as well as the press.

Attention has been given to nationalistic and fascistic interpretation of science through exhibitions including treatments of Volta and Marconi, and through film about Paracelsus3. Capitalistic interpretations in the New York World’s Fair above all. But in the wake of WW1, such tropes could not be dominant in Britain – present but not dominant. The dominant legacy of the war had been that the enemy had been war itself and not the Germans. Even Lord Moulton, head of munitions production during the First World war when he gave the Reid Lecture immediately after the war pointed out the Frankenstein threat, a human being with powers magnified to those of a giant but ‘destitute of moral sense’. He distanced himself a little from attacking his colleagues by referring this threat to the Germans but the whole tenor of his argument applied equally to the British and indeed all bearers of science.

In the aftermath of war, the use of poison gas was widely seen as an emblem of the threat of such unmanaged deployment of science. It was banned under the Geneva agreement of 1925. But gas was not the only reason why in 1922 London’s mass market Daily Mirror newspaper complained that the British Association for the Advancement of Science had failed to grasp the central question, ‘Is scientific discovery destined to destroy mankind?’. In 1925 the physicist F W Aston in his contribution to the handbook for the Royal Society’s treatment of pure science for the British Empire Exhibition, reiterated a conclusion he had given to his 1922 Nobel Prize speech with the thought that if the human race managed to deploy the energy recently shown by Einstein to be locked in matter, then there was a risk ‘the whole of the hydrogen on the earth might be transformed at once and the success of the experiment published at large to the universe as a new star.’4 A focus by some scientists on pure science was a way of disclaiming responsibility for such horrors. Another was the ‘new humanism’ in which understanding of science was to be linked with a wider spiritual development. This was the theme of pioneer historian of science George Sarton5. It was the theme of the lecture by Osler which launched the movement to an exhibition of beautiful scientific instruments in Oxford (and led to the Museum of History of Science6. It was the underpinning of the calls by churchmen for a balanced approach to progress, or even a science holiday, In the 1930s mass unemployment seemed a new and awful consequence of unregulated progress,

There was of course a much more positive interpretation of science available. In Britain, between 1931 and 1939 the percent of homes which were connected to mains electricity doubled from 30% to almost 70%. With connection to electricity such other benefits of science as gramophones and wirelesses were much more easy to use. No longer did the gramophone have to be wound up, or the wireless run on cumbersome batteries. At the same time there were many who complained that the large new pylons that brought electricity to towns and villages were hideous and destroyed the native countryside not just visually but also mythically. A solution was to resolutely construct a new mythic lineage of past, present and future. The 1931 centennial of Faraday’s discovery of electromagnet induction represented, as Frank James and Geoffrey Cantor have shown the creation of just such a mythic lineage7. It needs I suggest to be set against the other stories also being told at the time about science, which were not present in the Albert Hall but were familiar and indeed cogent to many visitors.

The future of rice and the rice of the future