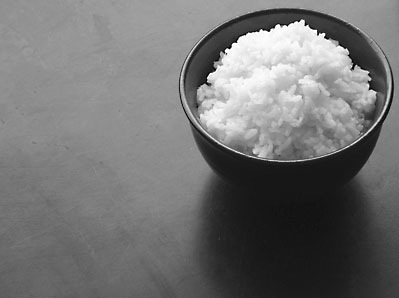 Every day, each person on the planet consumes 2868 Kcal, 19% of those calories come from the world’s most important crop, rice, closely followed by wheat (F.A.O). In some Asian countries such as Bangladesh, Indonesia or Philippines rice represents up to 70% of the daily caloric intake (Figure 1). Many research efforts have been done in recent years regarding rice, like sequencing the genome of 3000 rice varieties from 89 different countries 1 or the development of new genotypes with special features such as Golden Rice (more information below; Figure 2). Nature journal published a special outlook in October 2014 dedicated to rice and throughout this article I will try to resume some of the most promising advances that scientist are doing in this crop 2.

Humans started to plant rice about 8000 years ago. At present only domesticated rice species exist: Oryza sativa, of Asian origin, and Oryza glaberrima from Africa. 2000 years ago the two most known rice varieties distinguished from Oryza sativa: japonica (Keng; short-grained of Chinese origin) and indica (Hsien; long-grained of Indian origin). Interestingly in July 2014 the genome of the African rice was sequenced and appeared to conclude that although humans in Africa and Asia domesticated rice independently, they altered its genome in an analogous way, selecting similar genes from the ancestor in both cases 3. Classical hybrids creation started with rice domestication and still continues, until the creation last year of the “super rice” hybrid called Y Liangyou 900 with the highest yield reported to date, an amazing yield of close to 15 tonnes per hectare whilst the world average is 3,4 tonnes/hectare and in China about 6 tonnes/hectare 4.

A part from the known importance of rice in Asian diet, Africans are eating more a more rice instead of the traditional cassava and sweet potatoes. Today Africa needs to import one third of the rice consumed. To solve this, governments are encouraging farmers to plant rice, but increasing rice yield is also a must. Yield in Africa is very low, about 2,2 tonnes/hectare because farmers don´t have money for fertilizers and irrigation systems but also because of regular and severe drought. Although O. glaberrima was domesticated in Africa when O. sativa was introduced in the 1500s O. glaberrima nearly disappeared. O. glaberrima has a lower yield but greater resistance towards environmental constraints. In 2000, thanks to AfricaRice, an independent consortium of 25 rice-producing countries, the two species have been crossed and among the different hybrids selected, New Rice for Africa variety (Nerica) was born (Figure 3). This variety produces in Africa nearly twice as much as the traditionally grown rice in the same conditions; moreover Nerica grains have 25% more protein 5. However, it is clear now that hybridization alone won´t be able to provide enough yield to meet future demand and many researchers efforts are being directed towards obtaining rice lines with higher yields and higher quality through genetic engineering.

Rice has been proposed as a great vehicle to deliver nutrients that lack in the daily diet of many people in developing countries. The most famous example is in relation to vitamin A deficiency that every year provokes more than 250000 children becoming blind in developing countries; half of these children die a year later because of vitamin A deficiency 6. With the aim to solve this deficiency the story of Golden Rice started. In 2000 the labs of Peter Beyer and Ingo Potrykus published the first rice line with increased b-carotene (vitamin A) content 7. Some years later, thanks to the collaboration with Syngenta, a rice line expressing a gene from maize that produces vitamin A in enough quantity to support the daily β-carotene recommended intake was generated. However, two reasons made this attempt not to be completely successful 1) the variety of rice used does not grow under field conditions as well as local rice varieties 2) the anti-GMO fever that blocks the use of these technologies because of supposed harmful effects based on pseudoscience, although plenty of scientific evidences do not support those theories. However, new Golden Rice lines are now been generated introducing the capacity to accumulate β-carotene into rice strains normally grown by local farmers 8. People that lack from vitamin A also lack from iron and rice is the cereal with the lowest iron content. Genetic modification of iron transport and storage has also led to obtaining rice plants with the needed iron quantity for human diet; around five more times than the wild type rice plant 9.

Current research is also trying to lead with other problems associated to rice-based diet. For instance, rice is the main source of arsenic in human diet and people who eat rice several times a day, mainly children, have a risk of arsenic poisoning 10. Arsenic exposure has been associated to cancer and heart diseases among others. Genetics will surely be useful in the future to prevent arsenic accumulation. Present research are focused among others in blocking arsenic transport into the roots, preventing its accumulation in grains or even in transforming arsenic into gas thanks to the expression in the plant of an enzyme from an algae species found in Yellowstone National Park11.

Although much progress need to be done in rice varieties development to ensure food demand in the future, it is more than ever up to rice-growing countries of the world, private companies and government’s policies to bring rice into the modern age to grow the right varieties in the right places.

Flexible needles as the future for cancer treatment