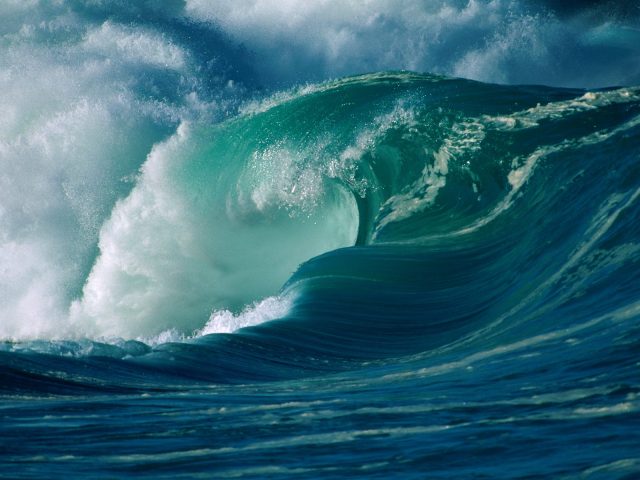 Breaking waves warm the water in the surf, and in some cases may provide more heat than sunshine. Scientists said that in areas like the Pacific Northwest, which have more powerful waves and cloudy skies, heating could be almost three times stronger that what the sun provides.

Earth’s magnetic fields may be heading for a reversal

Earth may be moving toward a reversal of its magnetic field within the next few thousand years. The last reversal occurred about 786,000 years ago, preceded by a weakening of the field, and while geologic and biologic records from that period don’t show any catastrophes related to the reversal, scientists warn that a field reversal could have hazardous consequences now given our current electrical grid.

Scientists think they’ve found the source of methane that fuels fires in rocks that have been burning for thousands of years in southern Turkey. The methane source was not biological, something that has long stumped researchers. Scientists in Italy and Romania found that a rare metal called ruthenium is present in igneous rocks underneath the site, known as Yanartas. In lab experiments, they found that the ruthenium acts as a catalyst that allows the methane to form at cooler temperatures.

West African chimpanzees, who have long been known to use tools, have a favorite utensil, shoots from a shrub called Alchornea hirtella, and will go out of their way to find it. Chimps use the shoots to dig up ant nests, stirring up the insects so they swarm up the shoots, where the chimps can swipe them off and eat them. Observed chimps would only make tools from other plants if they could not find Alchornea hirtella.

Fibroblasts, cells that create scar tissue in the heart after a heart attack, can change into epithelial cells that help form blood vessels and accelerate the healing process. When examined in mice, researchers found that fibroblasts in the injured area of the heart converted to endothelial cells, a mechanism called mesenchymal-endothelial transition, or MEndoT, which led them to develop a drug that drives this mechanism, leading to less scarring and promoting faster healing.