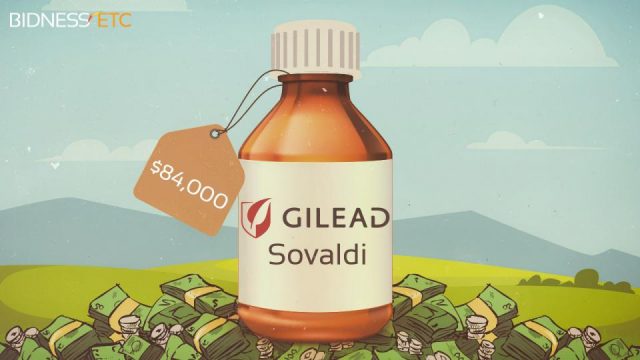 Most people in Spain have heard about the ongoing bitter polemic between the Victims of Hepatitis C Platform and the Spanish government with regard to the access to a new medication called Sovaldi approved by the Spanish government last 1st October. The main reason for such clash between them is simple: the asking price for the treatment is excessive, making difficult (if not impossible) for the national health system to assume the cost for the entire affected population.

The World Health Organization (WHO) defines Hepatitis C as a liver disease caused by the Hepatitis C virus (HCV) leading to both acute and chronic hepatitis infection, which may end up being a lifelong illness. The virus is present in the blood of the infected individual and is therefore transmitted by blood-to-blood contact. Main long-term clinical complications are scarring of the liver (cirrhosis), liver cancer and liver failure, which means that in some cases, the outcome is fatal.

In Spain the prevalence of HCV ranges between 1.6 and 2.6% implying 480000 to 760000 people are infected 1. However, and surprisingly most infected people are not aware of it because symptoms can be unnoticed. Furthermore 15-45% of infected people can recover by themselves within 6 month, but the rest will need medication to get cured. A patient not treated adequately may end up being a financial burden for the health system (if the country does have such), as some patients will become chronic (end-stage liver disease) and will need pharmacy, ambulatory and inpatient care. In a large study carried out in USA including 53796 patients with Hepatitis C and published in the journal Hepatology in 2012, the cost from an end-stage liver disease patient was found to be USD 60 000 per year 2.

Before Sofosvubir (the molecule commercialized as Sovaldi) was approved by the Food and Drug Administration (FDA) in 2013, a combination regime consisting of pegylated interferon alpha and Ribavirin was (mostly) the treatment of choice. Interferons are small proteins produced by our immune system with a protection role against pathogens, including viruses (by impeding their proliferation). Pegylated interferon alpha is a synthetic molecule mimicking the physiological role of its natural counterpart and designed to remain in the body longer than usual with a more sustained response rate. Ribavirin is a synthetic nucleoside with antiviral activity first synthesized in 1970 3. It inhibits the replication of a wide range of DNA and RNA containing viruses 4, but the way it operates is not fully understood. Three possibilities have been proposed, so far: (1) Inhibition of the RNA polymerase by competing with its natural substrate; (2) It could be an alternative substrate for the polymerase causing chain termination and finally (3) could be an alternative substrate not causing chain termination 5.

The handicap from this combined therapy is the difference in the success rates when given to patients infected with different HCV genotypes. We can distinguish 6 different genotypes (G1-G6) based on the genetic composition of the virus. The cure rate in patients with G2 and G3 is 75-90%, while dropping to 45-52% when G1 and G4 are present. Likewise, there are undesired side effects including vomiting, loss of appetite or depression (among others) threatening patient’s quality of life.

The newly approved treatment Sovaldi is the result of the progress done in the last years in the understanding of the molecular identity of the HCV, which comprises 4 structural proteins whose function is to form the viral particle and 6 nonstructural proteins involved in the viral life cycle. Among these, the NS5B RNA-dependent RNA polymerase is the target of Sovaldi. It belongs to the family of nucleoside/nucleotide analogue polymerase inhibitors specifically designed to bind the active site of the HCV polymerase and terminate the elongation of the viral RNA chain, compromising the replication of the virus. Clinical studies have shown that is safe and well tolerated with high sustained virological response (SRV) rates in most genotypes (G3 showed lower success rate), meaning the HCV virus is no longer detected in the blood at least 12 weeks after the end of treatment. Sovaldi best results are seen along with Ribavirin as a combination therapy in a regime of one pill taken orally once a day for 12 weeks.

Telaprevir and Boceprevir are another type of drugs approved by the FDA in 2011 (previous to Sovaldi approval) targeting NS2-3 and NS3-4A proteases (other nonstructural proteins from the HCV). Their role is essential for the virus because the RNA molecule is translated into a single polypeptide precursor, which is then cleaved by proteases into 10 pieces. These drugs have been proven partially useful as they mainly work with G1 patients at the cost of worse side effect when compared to Sovaldi.

An even newer combination regime approved last October by the FDA is now available consisting of sofosbuvir (Sovaldi) and ledipasvir to fight G1 HCV. Ledipasvir interfere with NS5A protein, important in modulating HCV RNA replication and particle formation. A stunning 94% of patients (including cirrhotic ones) achieved SVR being the most common side effects headache and fatigue. Both Sovaldi and Harvoni were granted breakthrough therapy designation by the FDA, which means these drugs are substantially better than available therapies for patients with serious or life-threatening diseases.

Even though this news should be a reason for everyone to cheer, as it points to the dawn of a way to develop molecules with therapeutic potential based in solid basic and applied research, the problem appears when the financial issue comes into play. Gilead is the biotech company commercializing both Sovaldi and Harvoni (among other drugs), but they didn’t start with Sovaldi from scratch. Few years ago, another company called Pharmasset involved in developing a new generation of nucleotide analogues to fight Hepatitis C came up with the candidate that later would be known as Sovaldi. In late 2011, Gilead bought the company for USD 11 billion and by the time, Pharmasset had an accumulated debt of USD 324 million as shown in their annual report for the period ending 2011/09/30. Gilead started then several clinical trials (FISSION, NEUTRINO and POSITRON among others) including thousands of patients (in total) to assess whether Sovaldi could actually lead to an approved drug. Although no numbers are available, the financial resources needed for these clinical trials are overwhelming.

Given that Gilead is a private company, it somehow makes sense once the drug is approved they try to get back their initial investment as well as generate high revenue in order to give value to the shareholders who invested. Whether the USD 84 000 they charge for a course of treatment is a fair fare is obviously a matter of debate especially because we are dealing with human beings health. Given governments have little room to negotiate the asking price for the medication (although France got a final price of USD 51 000), the social discomfort hit them up because citizens demand the best treatment available, but authorities are not keen to pay such high prices. In Egypt, Gilead has agreed to give a major price cut with a final cost of USD 900 per treatment, while in India the price is USD 300. This is not likely to happen in countries like Spain so another kind of arrangement will have to be agreed. A formula that is currently being discussed (again in other countries like China) is Gilead to let other companies making generic drugs be licensed to produce and sell the medication and pay them royalties.

Perhaps more interesting is the new polemic that started right before Christmas and could represent a potential game changer. A company called Express Scripts helping insurers and large employers provide drug coverage has decided to exclude Gilead’s hepatitis C drugs from their prescription portfolio because of their high prices. Instead, they have signed an agreement with the company AbbVie, marketing a drug for G1 HCV (the predominant form in USA) called Viekira Pak (a combo of three different molecules) that requires more pills but yields similar SVR rates. In a matter of two days Gilead lost 14% of its market cap (this is roughly USD 20 billion). What will happen in the future when similar highly successful treatments come to market? Prices will likely drop. Time will say, although it doesn’t seem Hepatitis C patients will agree to wait.

The rise of the superbugs