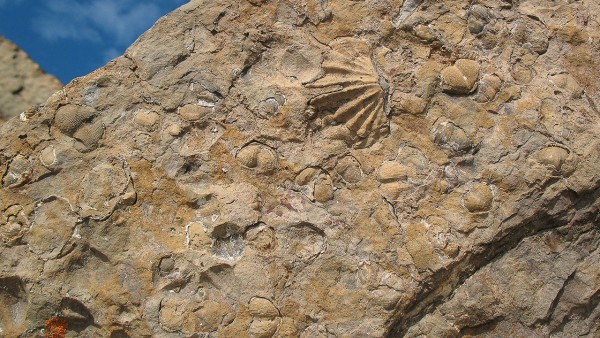 A group of paleontologists would like to add a sixth mass extinction event that occurred at the end of the Capitanian age to the five generally accepted in science. Researchers have linked mass extinctions in China during that time period 260 million years ago with a major die-off in what is now Norway. It’s the first time we can say this is a true global extinction. I’d put this up there with [the mass extinction of dinosaurs], albeit with slightly less attractive victims,” said paleontologist David Bond.

Asia, Americas trade may have been going on long before Columbus

Trade may have been going on between East Asia and the Americas long before Christopher Columbus showed up in the Caribbean Sea, according to archaeologists excavating a 1,000-year-old house in Alaska. Researchers have found bronze artifacts at the site, called the Rising Whale in Alaska’s Cape Espenberg.

Happiness is … the sweet smell of sweat

Scientists say they have identified a property in the “chemosignals” induced by the scent of a person’s sweat that can alter the mood of the person doing the smelling.

A link between gut bacteria and serotonin production

Gut microbiota regulate serotonin biosynthesis in enterochromaffin cells. It has been estimated that 90% of this neurotransmitter produced within the human body is derived from the digestive tract.

Metallosphaera sedula microbes would probably prefer living on meteorites rather than on Earth. The microbes dine on iron and sulfur found in acidic sulfur springs near Vesuvius in Italy, but researchers wondered what would happen if they gave them a cocktail of powdered meteorite. The microbes ate the meteorite dust in just two weeks, while it took them two months to consume the Earth fare.