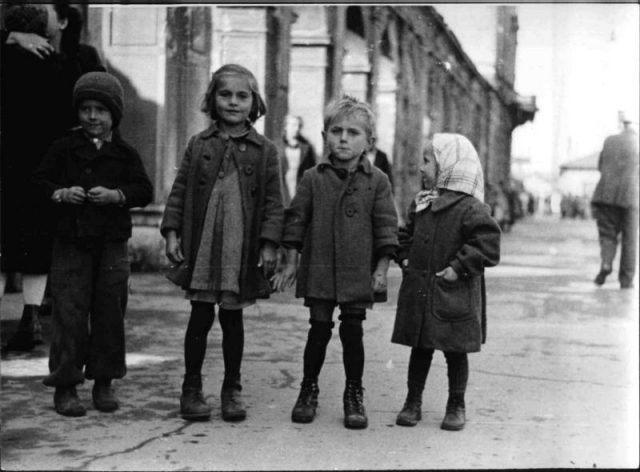 The human brain continues its development postnatally. It is a long process that extends throughout, at least, the first two decades of life. Along these years, environmental factors influence brain functions and, not surprisingly because of its high plasticity, brain structure. Among the variables that may affect the cognitive development is the socioeconomic status. Three main dimensions of family life like parental educational attainment, occupation and income may impact those developing brains in the family children. Possible affected aspects include language, self-regulation, memory and emotional responses that in turn would affect educational and professional accomplishments throughout life. These studies are an interesting convergence between sociology and neurobiology.

Most studies are centered on the cerebral cortex, understandable since it is the brain region processing higher cognitive functions such as language, reading, decision-making, and social skills, that directly affect school performance.

In these previous works, cortical volume is usually the quantified variable but this measurement is a mixture of two parameters: cortical surface area and cortical thickness, two variables that are distinct in their genetic control, their evolution and their functional significance. The cerebral cortex is the outer layer of the brain and is 2 to 4 millimeters thick. Cortical neurons are generated next to the ventricles and they migrate outwards from the ventricular zone. Different glial and neural populations are generated in a time ordered fashion that is regulated by hundreds of genes and epigenetic regulatory mechanisms. In addition, studies in both animals and humans have found that the cortex can grow larger as a result of life experiences. However, it does not mean that thicker cortex indicates more developed brains. Cortical thickness decreases in childhood and early adolescence followed by a more gradual thinning in early adulthood. The reason for this change is the pruning of neuronal prolongations and the increase in myelination (white matter). By contrast, surface area expands through early adolescence and then shrinks through middle adulthood. Interestingly, more intelligent children have thinner cortices and greater surface area than children with lower IQ.

This study aimed to study the effects of those socioeconomic variables in cerebral cortex volume. It was carried out in a cohort of 1,099 individuals (531 girls and 568 boys), between 2 and 20 years and with normal development. The study1 was published in the journal Nature Neuroscience, was led by Kimberly Noble of Columbia University and Elizabeth Sowell of Children’s Hospital Los Angeles in California was the senior author. The researchers worked with a team of neuroscientists around the country to record the brain images and thereafter they spent three years analyzing the magnetic resonance imaging scans.

Previous studies relating socioeconomical aspects, brain structure and cognitive abilities are severely affected by technical problems. Many articles confound race and socioeconomic status. Then, a difference can be ascribed to a different ethnic profile when it really responds to different incomes. A similar problem can exist among different aspects of the socioeconomic status, e.g. whether parental income is really parental education or both. Although both aspects are correlated, their impact can influence differently their children brain development. Thus, income can be more related with availability of material goods from food to books whereas parental education influence is supposedly carried out more through parents-child interaction.

The main result of the study was that poor children have smaller brains than affluent children. The brains of children in families that earned less than 25,000 USD a year had surface areas 6 percent smaller than those whose families earned 150,000 USD or more. Parental education—the number of years that parents had gone to school—showed a linear correlation with overall cortical surface area. As a rough approximation, the children of parents with only a high school education (12 years of education or less) had 3% less cortical surface area than children whose parents had attended universities (15 years or more). 2 Finally, the poor children also scored lower on average on a battery of cognitive tests.

It has been known for years that poverty and scarce resources to enrich the environment during the development are correlated to poor school results, low test scores and fewer life opportunities. The study by Noble et al. demonstrate that it can be tied to physical differences in the brain.

It is unclear how the low income translate into smaller brains and we must remember that correlation is not causation. As the first author has indicated «We can talk about links between parent education and family income and children’s brain structure but we can’t say for sure these differences are causing differences in brain structure».

There are different possible explanations for the differences in brain size depending of the economical status. 3 One is that low-income families have less material opportunities including quality food, books or extracurricular activities. The second hypothesis is that the influence is through an increase in health issues caused by an intermittent or lower quality health care. A third possibility could be that current difficulties in daily life causes environmental influences such as stress, more frequent in families with chaotic lives caused by lack of money. It is known that stress affects the brain development. A fourth idea could be that people with low income has less abilities, cannot be selective to whom they marry and engage with persons with less abilities and have children with less abilities, i.e. there is a genetic component to intelligence, that is reflected in the socioeconomic status an it is transferred to the next generation.

It is amazing and a source of concern how powerful the economic influences are on something as fundamental as brain structure and whether being born in low-income families can establish barriers for the possible achievements of their progeny. This study reinforces the idea that governments should support small children at risk and give them a boost before they go to maternal school.

The results of this article emphasize how important is a public education system, a public health care system, a public support to reduce the gap between high and low income families and to give to any children all the possibilities despite the salaries of his/her parents. It’s on all of us in society to make sure that all children have equal opportunities in life.

Use markets to feed the poor