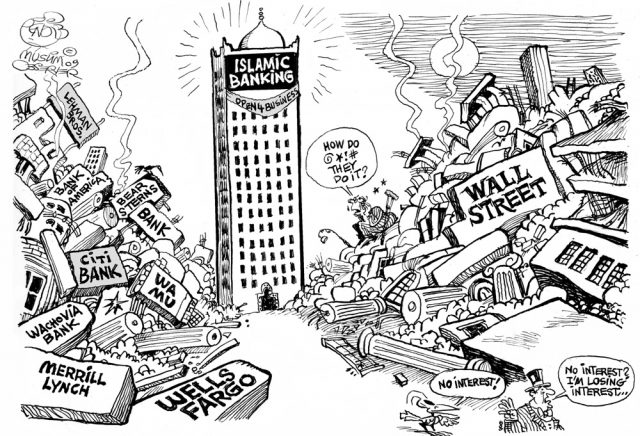 In Economics, there is a number of what may be called equivalence theorems. They indicate how two seemingly different economic mechanisms are equivalent in most or all of their consequences. Typically the equivalence may be established under certain conditions that are considered general enough for the theorem to be relevant. Perhaps the oldest and one of the best known is the Ricardian equivalence that states that the way the Government finances its spending does not affect the aggregate demand. In a similar vein, the Modigliani–Miller theorem asserts that the value of a firm does not depend on whether the firm finances itself with debt or the sale of shares. Another theorem, that is even more general, indicates that who pays the burden of a particular sales tax depends on the relative elasticities of suppliers and demanders (i.e., on how much they react to changes in prices), but not on the agent upon whom the tax is legally imposed (the buyer of the seller). The famous Coase theorem states that the efficiency of a negotiation over an externality does not depend on the initial allocation of property rights. In this article, we examine some empirical evidence of another such equivalence.

The strict interpretation of the Islamic texts prohibits charging interests to monetary loans. However, different financial arrangements permit to mimic the economic consequences of having interest rates without calling them that way. For instance, say you want to buy a good like a car or a house. In a regular banking system you can borrow the money needed for the purchase, and repay it with some interests. You win, because you have access to a good sooner than you otherwise would, and the bank wins because of the interests it charges. If interests are not allowed, the bank can buy the good and rent it to you. The rental contract is such that you pay a fee every month, and that constitutes the payment of the rent and also the access to a portion of the ownership of the good. At the end of the established period, the good is 100% yours. Alternatively, the bank can buy the good for its market price and sell it to you at a higher price. You pay the higher price in monthly installments that can be set equal to the monthly payments in the case of a standard lending contract.

The above example shows a case in which interest payments can be circumvented by a mechanism that has exactly the same result. More realistic examples, however, have added complications. When you borrow money to buy a good, the good is yours, and you can sell it at your will as long as you comply with the loan clauses if the good is used as a collateral for the payment of the loan. This may not be the case under the alternative contracts. Also, if you wish to refinance your loan (e.g., pay higher monthly quotas in exchange for an earlier end of the contract, or to cancel totally or partially the principal), you can do it easily in the standard contract, as it only takes to recalculate the corresponding interests. The Islamic banking can mimic these other operations too, but the balance of rights, the default position and the difficulty to do so may be different, with the result that the mechanism is less flexible and less attractive to consumers or banks. The loaning of money for an entrepreneurial venture can also be mimicked by Mudharabah partnership (incorporating profit-sharing and loss-bearing) to a large extent.

During the golden age of Islamic civilization the system seemed to work quite well. The economic growth of the Western world changed the center of gravity and Western financial institutions became dominant. The advent of colonialism and the Industrial Revolution almost ended the Islamic financial traditions. Over the last 50 years, however, there has been a new interest in readopting those institutions. The first modern bank to offer interest-free financial products was Nasser Social Bank, a public institution, in Egypt in 1971. Next came the first private bank, although with the support of the governments of UAE and Kuwait, the Dubai Islamic Bank in 1975. After this, the Islamic Development Bank was established as an international financial institution by the Organization of the Islamic Conference (OIC). Since then both the IMF and the World Bank have recognized Islamic financial products as alternative means of financial intermediation. Pakistan, Iran and Sudan have expressed their desire to gradually eliminate interest from their economies, a goal virtually achieved by Iran and Sudan in the early 80’s. In other countries like Saudi Arabia, UAE, Qatar, and Malaysia more than 20% of their banking assets are Sharià compliant. In total, they constitute an industry of around $2 (short scale) trillion in assets. 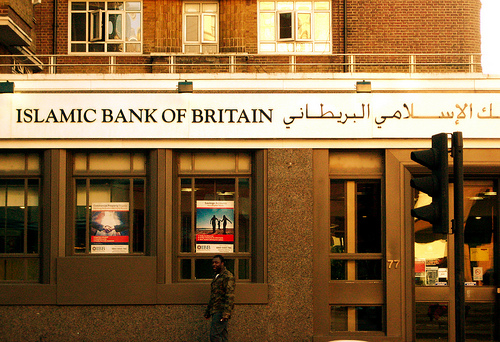 The economic importance of Islamic banking has attracted the attention of economists. In particular, and more pertinent to the equivalence theorems outlined before, Abedifar et al. (2015) 1 review the latest empirical literature that addresses the question on whether Islamic banks perform as well as conventional banks. Strictly speaking, this is not a test on the equivalence of the underlying economic mechanisms, but it may offer some clues about it. To begin with, if one finds differences in economic performance that cannot be attributed to other idiosyncrasies, then the equivalence may not hold.

The reviewed studies include some that focus on single countries, and take advantage of the fact that both conventional and Islamic banks operate in a similar environment. Nevertheless, most recent studies tend to be cross-country in nature and use frontier modeling approaches, either parametric or non-parametric. Of these, the most comprehensive are Mohamad et al. (2008) 2 that analyze a sample of banks operating in 21 OIC countries between 1990 and 2005, Johnes et al. (2009) 3 that looks at banks in six Gulf Cooperation Council countries between 2004 and 2007, and Beck et al. (2013) 4 who use a sample of banks from 141 countries over 1995 and 2007. The studies use a variety of econometric tools and define different robustness tests.

Overall, a picture emerges that allows Abedifar et al. to reach to this conclusion:

“Islamic banks are at least as efficient and (particularly for smaller banks) have lower default/insolvency risk than their conventional counterparts. Islamic banks typically focus more on higher margin small business borrowers who are less likely to default. Evidence on market power issues is mixed although there is some evidence that Islamic banks can be more competitive than their conventional counterparts. Other (albeit somewhat limited evidence) suggest that the spread of Islamic banking can aid financial inclusion and economic development. Results from the empirical finance literature, dominated by studies that focus on the risk/return features of mutual funds, finds that Islamic funds generally perform the same or better than conventional funds – there is little evidence that they perform worse than standard industry benchmarks.”