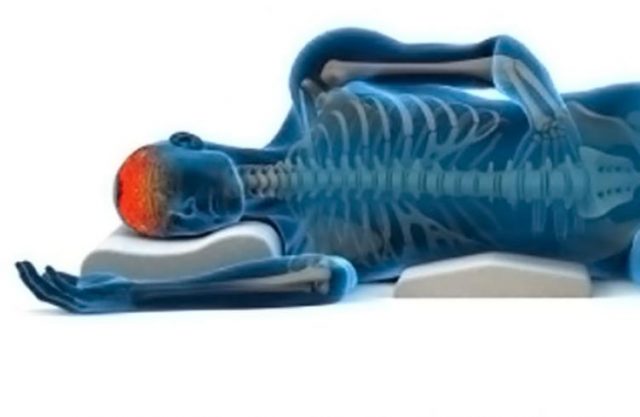 Sleep has a critical function in metabolic homeostasis. Its restorative function may be a consequence of the enhanced removal of potentially neurotoxic waste products that accumulate in the awake central nervous system 1. The glymphatic system is a functional waste pathway involved in this clearance in the mammalian central nervous system. The pathway consists of:

These solutes include amyloid (an insoluble fibrous protein aggregate) and tau proteins. These chemicals, if they build up, affect negatively brain processes and, in fact, they are involved in several neurodegenerative disorders. Amyloid has been associated with the pathology of more than 20 serious human diseases and may play a role in several neurodegenerative disorders, including Alzheimer’s disease. Beta-amyloid is the major component of senile plaques in Alzheimer’s disease whereas hyperphosphorylated tau protein is the main component of neurofibrillary tangles in the same pathology.

A group from Stony Brook University School of Medicine directed by Dr. Helene Benveniste has explored how sleeping positions affect glymphatic efficiency, and in turn affect brain health when it comes to discarding metabolic waste products 2. They use deeply anesthetized rodents, put them in supine, prone, or lateral positions and used dynamic-contrast-enhanced magnetic resonance imaging and kinetic modeling to quantify CSF-ISF exchange rates.

The main finding was that the glymphatic transport was the most efficient in the lateral position compared to any other. It is additional evidence to the idea that we need to sleep because, during these hours, waste products that build up while we are awake are removed from the brain. Interestingly, during sleep or anesthesia, the brain’s interstitial space volume expands by ~60% (compared with wakefulness), resulting in faster waste removal. When cerebral arterial pulsation was either increased or decreased, the rate of paravascular cerebrospinal fluid flux in turn increased or decreased, respectively. In the prone position, in which the rat’s head was in the most upright position (mimicking posture during the awake state), transport was characterized by “retention” of the tracer, slower clearance, and more CSF efflux along larger caliber cervical vessels.

The nervous tissue has a peculiarity and it is that neurons cannot be renovated. In other tissues, there is a similar removal system where the body’s lymphatic system clears waste from the organs but in addition, many cells can store inside them their catabolism products and when the cell is full, it is simply destroyed and changed by another one, developed from stem cells.

In a 2004 study published in The Internet Journal of Allied Health Sciences and Practice, researchers found most people favored the side-sleeping position, and they were less likely to report waking up during the night bothered by neck, shoulder, or arm pain, compared to others who slept in any other position 3. Lateral positions and a good pillow support the spine and the neck, which leads to a good night’s sleep and helps prevent injuries in the long run. This lateral sleep position is also the most popular in most animals, even in the wild. It is possible therefore that the lateral sleep position has been evolutionary selected for its most efficiently clearing of the CNS.

Different articles in newspapers and webs 4 have emphasized that this «may reduce the risk of Alzheimer’s and other neurological diseases». It is a long shot. The article by Lee et al. was done in rodents and we do not have evidence in humans yet; the animals were anesthetized and not under a normal sleep and it is known that anesthesia affects respiration and respiration affects glymphatic flux. In addition, it is unclear whether Alzheimer or any other neurological disease is primarily caused by an accumulation of waste material such as amyloid or tau proteins or this is a consequence of previous damages that would not be reversed by a better clearance system.

The brain has a direct connection to the lymphatic system