Ants are among the most diverse, abundant and ecologically significant organisms on earth. They have colonized almost every landmass on Earth and the only places lacking indigenous ants are Antarctica and a few remote or inhospitable islands. Ants thrive in most ecosystems and may form 15–25% of the terrestrial animal biomass. Although their species richness appears to be greatest in the New World tropics, they are widely distributed throughout the world and they are present even in the heart of the big cities. There, they are found in nearly all urban habitats (from woodlands to gardens to kitchens and picnics), are conspicuous, and have significant ecological and economic impacts. 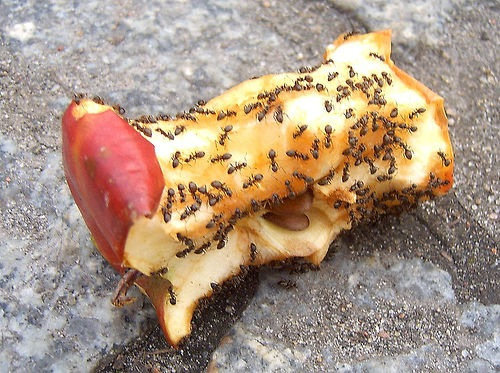 A study by Amy Savage and her group 1 studied the population of ants in a particular setting: the street medians, those strips of more or less vegetated terrain that separate traffic lines. Savage and her colleagues collected ant samples from about 50 sites in Manhattan, including parks, urban forests and the medians. The ecosystem is rich and diverse: they found 42 different species of ants in the city and the median strips held 18 species of their own. The population and diversity of insect species in a definite place can be central to its success. Different species have different affinities, they nest differently, turn over soil differently, and eat different types of food. More diversity will likely mean greater ecosystem services than just one ant species2.

In natural habitats, ants function as predators, prey, detritivores, seed dispersers, and herbivores. In urban habitats, ants play an important role in scavenging and cleaning cities of human detritus and waste. A recent paper by Elsa Youngsteadt and her colleagues 3 from North Carolina State University sampled ground arthropods and gathered environmental data at 59 sites in green spaces across the borough of Manhattan, in New York City. The research team found that the ants living in the street medians of the Broadway/West St. corridor alone consume between 600 and 975 kg of food per year. To see how much the insects ate, the researchers put out carefully measured amounts of junk food expected to attract fat-, sugar-, and protein-feeding animals: potato chips, cookies and hot dogs – at sites in the street medians and city parks. Researchers placed two sets of food at each site. One set was placed in a wire mesh cage, so only ant-size animals could crawl into and reach the food; the second set was formed by similar samples placed in the open, where other animals (rats and pigeons, for example) could also eat it. After 24 hours, the scientists collected the food to see how much was eaten, and as much as 85 percent of the food was gone. 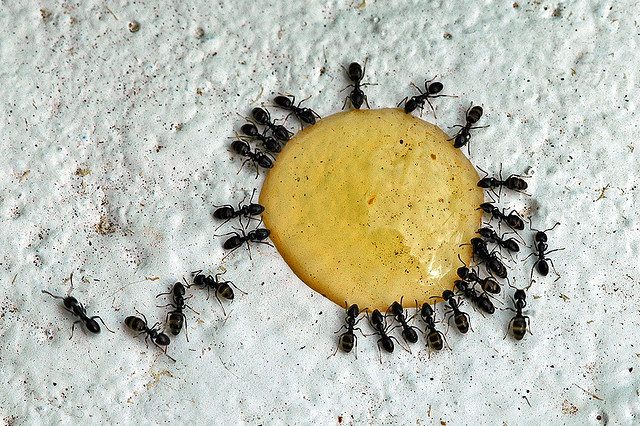 Translated to those food items eaten by New Yorkers in the streets, it is equivalent to 60,000 hot dogs, 200,000 cookies or 600,000 potato chips. It is not a big amount since it is known that the Big Apple produce more than 40,000 tons of waste per day, but it is interesting since this was just in a definite and small zone and ants eat as much organic waste as rats, leaving less food for these rodents and so there are fewer rats because of the ants waste collecting.

Another interesting result from the study was obtained since the data collection coincided with Hurricane Sandy. This superstorm was the second-costliest hurricane in United States history. Flights from major air carriers were cancelled, metro lines and public schools were closed, the New York Stock Exchange suspended trading, 42.000 millions of dollars were lost in damages and 49 persons were killed, just in New York. However, the ants, despite having their nests submersed did fairly well: the team expected to see a drop-off in activity there, but local ant populations consumed similar amounts of food as son as the waters receded. This was somewhat surprising since many of the study sites had been flooded with salty water.

The bigger surprise was that arthropod populations in medians ate two to three times more junk food than those in parks – even though there was less biodiversity in the medians. The authors consider that this was because one of the most common species in the medians was the pavement ant (Tetramorium species), which is a particularly efficient forager in urban environments.

Famed biologist E.O. Wilson said that «ants are the little things that run the world». At least, they seem to do a lot of the garbage disposal of our cities.