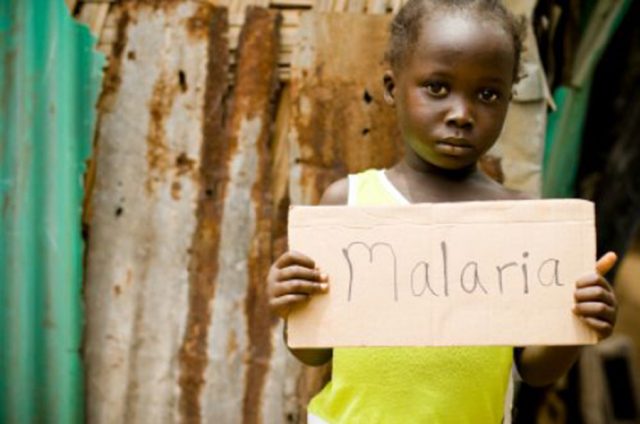 «Mosquito» is one of the few words, together with «guerrilla», «adobe», «cigarrillo» and some others that Spanish culture has brought to other languages. I am not sure whether we should be proud of this legacy. The «little fly» is one of humanity most dangerous and terrible enemies. Many species of mosquitoes act as vectors of diseases, transmitting extremely harmful infections including yellow fever, Chikungunya, west Nile virus, dengue fever, filariasis, Zika and particularly, malaria or paludism, rendering it the deadliest animal family in the world.

Male mosquitoes survive by feeding on flower nectar and sweet juices. Female mosquitoes also require the nutrition of blood for the development of their eggs. Without regular intakes of blood, their ability to reproduce quickly diminishes. Therefore, females are the ones that bite us and infect us with pathogens such as the one-celled parasite that causes malaria, the plasmodium. 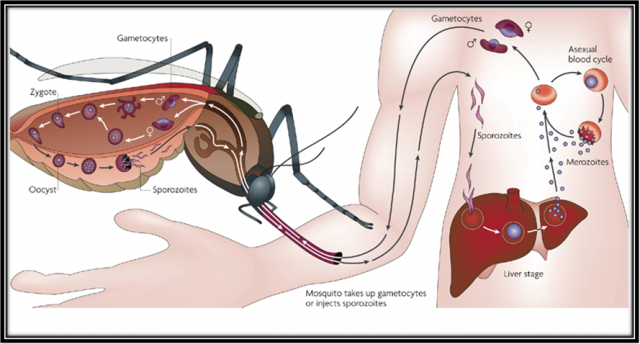 Plasmodium is one of the parasites that have evolved a capacity to manipulate the behavior of its host species. The parasite always has two hosts in its life cycle: a Dipteran insect host and a vertebrate host. Sexual reproduction always occurs in the insect, making it the definitive host but plasmodium seems to be able to manipulate both the mosquito and the human being. The insect pierces a human skin with its proboscis and quickly wiggles it around until it finds a capillary vessel. Time is of capital importance. If the mosquito takes too long to steal some blood, its target may retaliate and flatten it. In addition, platelets rush to the puncture and begin to plug the leak, but the insect then injects an anticoagulant that breaks apart platelets. 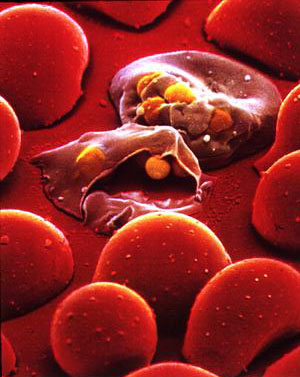 The plasmodium manipulates the behavior of the mosquito. If the insect is invaded by the parasite, the plasmodium moves to the insect’s salivary gland and cut off its supply of anticoagulant. The result is that the proboscis quickly becomes gummed up by platelets and the mosquito has to visit more persons to get blood increasing the possibilities of take and distributing the parasite. When one human is infected, the plasmodium reduces our production of platelets to allow that our blood floods longer and the mosquito is loaded with a good population of parasites to infect new humans. Malaria parasites also alter various aspects of their mosquito vector’s biting behavior in ways that increase their transmission success1. When the parasites are not developed, they decrease the mosquito’s motivation to bite avoiding the risk of early death when the plasmodium cannot get any benefit. When the parasites have completed their development within the mosquito and have thus developed into the sporozoite stage, which can be transmitted by a bite on a human host, they increase the biting frequency, and thus the rate of contact between mosquitoes and humans and, consequently, the rate of transmission. More impressive, the plasmodium may alter human odor to increase our appeal to mosquitoes when the parasite is more infectious. To investigate the issue in a semi-natural situation, a group of researchers assayed the attractiveness of 12 groups of three western Kenyan children (3 to 15 years old) to the main African malaria vector, the mosquito Anopheles gambiae 2 . In each group, one child was uninfected, one was naturally infected with the asexual (non-infective) stage of Plasmodium falciparum, and one harbored the parasite’s gametocytes (the stage transmissible to mosquitoes). Symptomatic children (i.e., with fever or other symptoms of disease) were immediately referred to a health clinic for proper treatment and therefore did not participate in the study. The attractiveness of the children in each group was measured with a three-way olfactometer consisting of a central chamber attached with PVC tubes to three tents where the three children of the group were resting or sleeping. A fan was placed to draw air from the tents and about 100 mosquitoes — uninfected females from a colony of Anopheles gambiae— were released into the central cage, and were given 30 min to follow their preferred odor into the entry traps placed between the PVC tubes and tents.

The main result was that children carrying gametocytes attracted about twice as many mosquitoes as the two other groups of children. In a second assay of the same children, when the parasites had been cleared with anti-malarial treatment, the attractiveness was similar between the three groups. In particular, former gametocyte carriers, that had now cleared the parasite, were not more attractive than other children. This ruled out the possibility of a bias due to differential intrinsic attraction of the children to mosquitoes and strongly suggests that gametocytes increase the attractiveness of the children.

The unicellular plasmodia can only live inside another animal and they have developed an astonishing precision for manipulating their host’s behavior. Plasmodia bring mosquitoes and people together by exploiting the insects’ ability to find us by smell. Probably all of us have the experience to be bitten during the night in a dark room. The hairs sprouting from the mosquito’s antennae have sensors that are very good at detecting the carbon dioxide we exhale, the lactic acid in our sweat, and the ammonia of stinky feet. These researches suggest that when plasmodia enter the body of those children, they may amplify their natural odors or coax them to produce new scents enticing to mosquitoes.

A similar attraction has been observed between the avian malaria parasite Plasmodium relictum, and its natural vector, the mosquito Culex pipiens 3. Uninfected mosquitoes with a choice between an uninfected bird and a bird undergoing either an acute or a chronic Plasmodium infection, prefer chronically infected birds than either uninfected or acutely infected birds. In this case, mosquito choice was assessed by microsatellite typing of the ingested blood.

This manipulation by plasmodia has a profound effect on the epidemiology of disease and, if it is not considered, can lead to severe biases in our estimates of the intensity of malaria transmission. In addition, it opens a new field —olfactory detection manipulation— to fight against malaria.

The flick of a switch controls the fate of human parasites

Inside a cell, no one can hear you turn into an infective zygote