Researchers do not know what influences have the stereotypical images of scientists, if any, on children’s perception of science. The most common technique for assessing children’s perceptions of scientists is the Draw-a-Scientist Test (DAST). David Wade Chambers firstly proposed it in 19831, and its main aim was to identify at what age the stereotypic image of the scientist appeared. Primary school students hold two common misconceptions of scientists: a mad scientist and a man working alone in a laboratory mixing chemicals together. 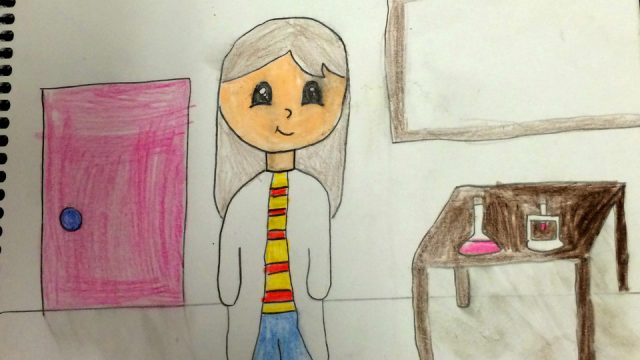 Following the simple instruction, “Draw a scientist”, 4807 primary school children in Canada, Australia and the United States completed drawings. The drawings were then characterized for seven standard indicators: lab coat, eyeglasses, facial hair, symbols of research, symbols of knowledge, products of science (technology) and relevant captions. From these results, Chambers was able to show that children began to develop stereotypical views of scientists from a very early age, with a progressively larger number of indicators appearing as the grades and ages advance. This common stereotype of scientists begins to appear from quite a young age (6–7 years old) and increases in strength when children get older.

To help students understand and use science, it is imperative for teachers to first gain insight into the way their students perceive this discipline. Information about students’ perceptions is also vital to anyone involved in developing science curriculum materials. Providing support networks and occasional role models is not sufficient. 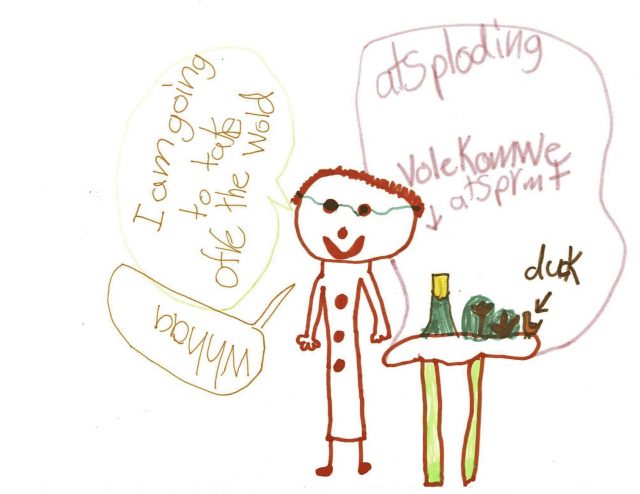 Efforts for increasing science literacy are probably responsible for the decrease of the mad scientist image. However, students still do not have a clear overview of the wide variety of science-related careers that are available and different variables such as gender, race, age and other bias the perception of science. Despite the efforts of science curriculum developers and science popularizers to depict scientists as people from all walks of life and a variety of backgrounds, students generally perceive scientists as elderly or middle-aged white males. Females have poorer self images with respect to science than do males, and minorities have poorer self images than do Caucasians. If a student can see himself/herself in career, then the likelihood of that student pursuing an educational program to prepare for that career is increased.

Using an adapted version of this test, 15 classes of fourth graders (9-10 years old) at three different schools in Singapore were sampled (n = 266) 2. The students were first asked to draw a picture of a scientist doing science in real life. A questionnaire was administered to the students once the drawing was finished. In those questions, they were invited to choose up to three sources that they thought of when drawing their picture (e.g. books, movies, teacher, television, etc.) and specify the exact source of influence for perceptions of scientists from which their drawing is based on. Most of the students (52%) draw a scientist as a realistic chemist with stereotypical elements such as a lab coat, glasses, beakers/flasks, etc. This was particularly true for girls whereas boys were more likely to draw an unrealistic scientist, an accurate depiction of a scientist that goes beyond the stereotyped elements in the «realistic chemist» category. Similar results were found from students from different schools. The majority of the students in the Singapore study cited books and magazines as a source of their image of a scientist. Males were more likely than females to list videogames.

By contrast, a previous studies carried out with Turkish students found that teachers and friends were most important sources of images about scientists for them 3. The Turkish paper noticed that media such as movies and magazines were not significant sources of information for the students, as they believed that media sources such as television were not trustworthy sources. It is interesting because Singapore is one of the most proactive countries in relation to science whereas Turkey does not have such a clear government-guided projection to science.

One possibility for the differences in findings between both countries could be due to the media penetration rates and hence the exposure to media by the students in these two countries. Singapore has one of the top Internet penetration rates in the world and the school science curriculum also promotes the use of information communication technologies in teaching and learning. This is not so developed in Turkey.

These results indicate that the scientific organizations and institutions that are engaging with science communication through popular media should be more serious with the depictions of science and scientists. The US National Academy of Sciences have brought together audiovisual professionals (cinema and television) with scientists to foster dialogue and exchange of ideas between science and fiction to get a more realistic image of science and scientists in series and films.