Paula Krilčić is a Speech and Language Pathology student at the University of Zagreb, working on her Master’s thesis on the relationship between language and executive functions. She is currently staying in Dublin where she is doing an Erasmus internship programme at the Trinity College Institute of Neuroscience.

Adrià Rofes holds a PhD in Cognitive Neuroscience and a MSc in Clinical Linguistics. He worked at the University of Trento (Italy), the University of Groningen (The Netherlands), and Macquarie University (Australia). He is now at Trinity College Dublin (Ireland) as part of the Global Brain Health Institute. 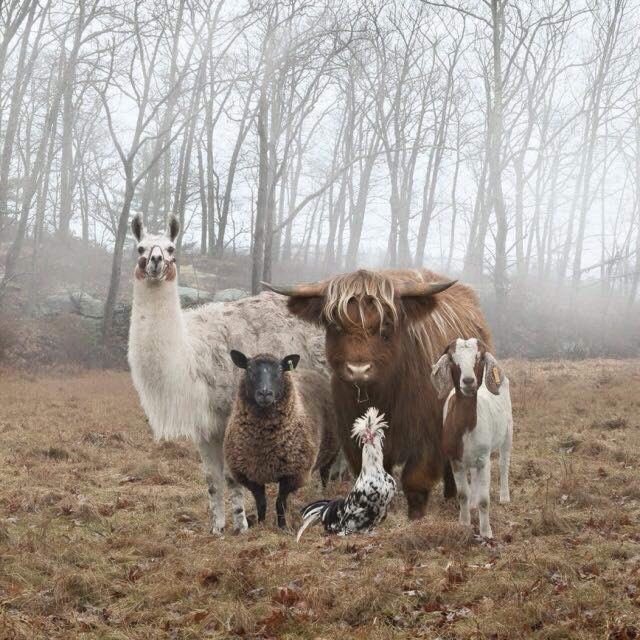 Verbal fluency tests are one of the most widely used tests in neuropsychology 12. The oral form of the test that is used today was first introduced by Benton and colleagues in the 1960’s and is mainly administered for evaluation of subjects suspected of having neurological damage 3. Administration of fluency tests is fast, simple and economic – an individual is allowed a limited amount of time to name as many words as possible according to specified rules. In many cases, the time allowed is only one minute. Correct performance on these tasks requires integrity of language and executive functions. Hence, making them sensitive to most forms of brain damage, including stroke, brain tumors, traumatic brain injury and neurodegenerative disorders 45.

Fluency tasks and the brain

It is possible to differentiate between two types of fluency tests: semantic and phonological fluency tests. The basic difference is that on phonological fluency, words are generated according to the letter they begin with (such as ”F” ”A” or ”S”) and on semantic fluency, words are generated according to a category (such as ”animals” or ”fruits”, and sometimes ”verbs” v ”nouns”).

Even if phonological and semantic fluency tasks seem similar, they rely on different underlying cognitive processes and may have distinct anatomical correlates. For example, semantic fluency relies further on the temporal lobe, as it uses access to lexical representations of semantic concepts. Phonological fluency, on the other hand, is more strongly associated with the dorsal part of the frontal lobes as well as subcortical circuits of the left (or language dominant) hemisphere, as it uses the central executive component of working memory 6.

Based on this information, impaired phonological fluency is commonly linked with frontal lobe damage and impaired semantic fluency is more likely a product of temporal lobe damage. That means that not only can a low result on a fluency test detect potential cognitive decline, but based on the comparison of performance between these two tasks, we can make some basic assumptions about the patient’s underlying pathology (7).

A close look at fluency tasks

Of course, this only captures part of the relationship between brain damage and verbal fluency. In 1997, Troyer and Moscovitch pointed out that verbal fluency is a multifactorial task and that the number of correct words generated is not enough to fully capture all aspects of participant’s performance 7. Therefore, these authors developed a method of looking past the number of produced words by analysing their ”qualitative” aspects. They proposed to a clustering and switching method that was followed by other work on psycholinguistic variables (word frequency, typicality and age of acquisition) and also error types.

a) Clustering and switching

Troyer and Moscovitch developed the first method of ”qualitative” analysis for fluency tasks. The method required counting clusters and switches within a list of produced words. A cluster is a group of related words produced during fluency tests and it relies heavily on semantic memory, knowledge of words, and temporal lobe functioning. Examples of clusters from semantic fluency tasks include words from the same categories like types of birds or animals found in Africa, whereas phonological fluency clusters include words that are homonyms (e.g. aunt, ant), begin with the same two or more letters (e.g. sand, sandal, sandwich) or begin with the same letter and rhyme (e.g., truck, tuck). A switch, on the other hand, refers to a shift from one cluster of words to another and is associated with executive functions and the integrity of the frontal lobe to engage in flexible, strategic search processes. See figure 1.

Interestingly, the size of semantic clusters and the efficiency of switching from one cluster to another have been found to index the strength of associations in the patient’s lexical-semantic networks. This kind of analysis also gives the possibility of mapping performance on these tasks to different underlying pathologies 8. For example, people with Alzheimer’s dementia demonstrate poorer clustering performance relative to switching, whereas people with frontal and frontal–subcortical pathology such as Huntington’s or Parkinson’s disease show the reverse pattern (5).

b) Word frequency, typicality and age of acquisition

The possibility of obtaining detailed information on the patient’s cognitive processes in a few minutes is very appealing. This is why researchers started exploring qualitative analysis by looking into other properties of words, such as their frequency, typicality and age of acquisition.

Word frequency indicates person’s access to lexical representations because the more often a word is used, the lower the threshold of activation for that word gets. In the case of fluency tests, a generated animal list of ”zebra, squirrel, frog” includes lower frequency exemplars than an animal list of ”horse, dog, cat”, at least for the English language. Typicality is an aspect of a word that expresses how an exemplar represents the general identity of its category. Even though typicality is a continuous property, categorical elements are usually described as “typical” or “atypical” according to the distance from the prototype, or an abstract representation of an average exemplar (6). For example, in the category ”birds”, a robin would be considered a more typical example of a bird than an ostrich, even though they are both birds. See figure 2.

Analysing the frequency and typicality of words produced in fluency tasks showed significant differences between people with cognitive decline and healthy controls 9. In fact, the production of frequent and typical words during fluency tests can correlate with the atrophy of temporomesial structures (6). Higher word frequency and typicality observed in people with cognitive decline can be a result of a loss of semantic representations, a structural disorganization of semantic memory or difficulties in lexical access when search strategies are dependent on meaning. The same is observed in people with shizophrenia and people with mild cognitive impairment (6). Going back to the example of the two animal lists (”zebra, squirrel, frog” v ”horse, dog, cat”), it can be observed that, while they are matched in the number of words generated, they are different in the frequency of words produced. That difference can point to an early and subtle decline in the lexical access ability that would be missed if the only analysed aspect was the number of words produced, which is how qualitative analysis makes the value of fluency tests even bigger.

Another property of the fluency output is age of acquisition, which is proposed to be a property of semantic representations (10). Early acquired semantic representations are in some way richer than later acquired representations and, as a result, better able to withstand the effects of brain damage. Therefore, in cases of brain damage and cognitive decline, age of acquisition tends to be low, because patients have difficulties in accessing the concepts they have acquired later in life. The results of one study showed age of acquisition to be the most successful word attribute in distinguishing patients from controls and also substantially better than the quantitative measure of number of words produced. Also, age of acquisition indicated impairment even in the earliest stages of the disease, which makes it valuable for early detection of cognitive decline 10.

Verbal fluency tests are rule-driven and require inhibition of certain responses. This is why analysis of errors may help to determine the underlying pathology. Examples of error types include intrusions (i.e., a response beginning with an incorrect letter), perseverations (i.e., repetition of a previously generated response), and variants (i.e., a previously given word, but with a different suffix). In the setting of reduced fluency production, unusually high proportion of response errors is associated with dysfunction of frontal brain systems. Hence, resulting in imapired monitoring of word search and retrieval processes. Studies provide support for this hypothesis by showing high rates of fluency errors in clinical groups with Huntington’s dementia, Parkinson’s and mild traumatic brain injury. It is also worth noting that high rates of fluency errors have been found in normal aging, as numerous studies indicated that this may be associated with diminished executive control over phonological search and retrieval strategies 11.

The appeal of fluency tasks

Other than the rapidness of administration of this task, one of the features that makes fluency tests appealing is their predictive value. Indeed, performance on these tasks often shows early and disproportionate decline relative to other language, attention and executive abilities. Fluency tests are considered to provide a reliable assessment of the patients’ cognitive integrity, particulary,in processes of verbal search and selection (3). They can indicate even very subtle brain damage or early cognitive decline. Also, they provide clinicians with a fast, simple and cost-effective way to understand each patient’s underlying pathology, and help them to get a better sense of possibly impaired cognitive processes. All in all, fluency tasks are appealing as they are brief and, when looked at in depth, they provide an imenesely rich pool of data. By continuing the current research efforts in this promising area, the predictive and diagnostic value of these tasks can become even stronger.

What does remembering the “Little Red Riding Hood” story tell about your cognition?