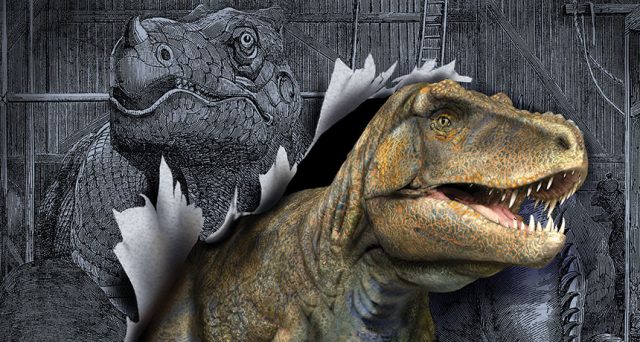 Older fossils raise questions about how dinosaurs are defined

New fossil finds are raising questions about long-held beliefs on what attributes constitute a dinosaur. As older remains are found, the number of features that determine whether a creature was a dinosaur has dropped, and only one remains: a hip-socket hole, according to a number of recent studies.

Human language development may have ties to ancient cave drawings

Ancient cave drawings may be linked to the development of language. The cognitive mechanisms necessary for the development of cave and rock art are likely to be analogous to those employed in the expression of the symbolic thinking required for language.

Conversing with children (talking with, not talking to) helps develop their verbal abilities by building up the brain’s language centre. By far the biggest driver for brain development was not the number of words spoken but the conversations themselves.

Organoids grown in a lab from cancer patients’ cells may help doctors discover the best treatment to slow the cancer and potentially extend patients’ lives. “Nobody has ever compared how these organoids taken from the patient behave in the lab compared with how the patient responds in the clinic,” said study co-author Nicola Valeri.

Researchers have created a molecular clock using only DNA. The prototype DNA oscillator was made using a DNA compiler that allowed scientists to mix synthesized sequences together into strands that assemble themselves into molecular devices.