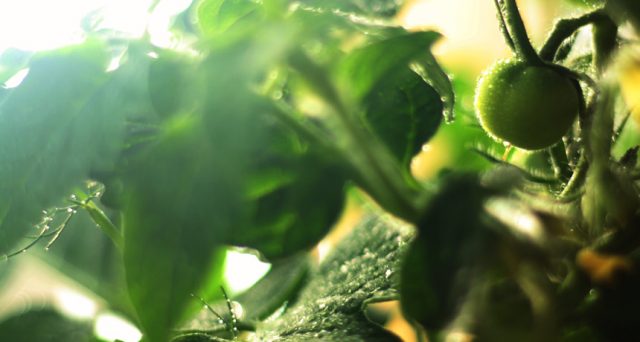 Crops could get nutrient boost from nanoparticles

Nanoparticles typically used to treat cancer in humans could be used to deliver nutrients to malnourished plants. Crops are better able to absorb fertilizing nutrients delivered by liposomes than from traditional nutrient spray.

A tiny flying robot called RoboFly uses laser light and an onboard circuit to power its flight and free it from the lines connected to batteries that powered its predecessors.

Researchers studying Hurricane Harvey, which struck the Houston area last year, say the data they’ve collected suggest future storms may last longer and be more intense. Among other findings was data showing that the energy Harvey picked up from the ocean was equivalent to the energy it released when it made landfall.

The bright green blood of a number of species of New Guinea skinks has evolved four times and gives them some sort of advantage that’s yet to be identified. “There’s so much green pigment in the blood that it overshadows the brilliant crimson coloration of red blood cells,” says Chris Austin, co-author of the study.