The needs imposed by a globalized society that maintains activity 24 hours a day and 7 days a week are being addressed by increasing working hours and extending work activity into the weekend. Karoshi, which can be translated literally as “overwork death” in Japanese, is occupational sudden mortality. In Asian countries, the risk of karoshi has increased and in the countries of the European Union the extended hours, exceeding 35-40 hours per week, have become commonplace for more and more professions.

In 1988, the Labor Force Survey reported that almost one-fourth of the male working employees worked over 60 hours per week. In an article by the International Labour Organization, several examples of karoshi in Japan were provided. Mr A worked at a major snack food processing company for as long as 110 hours a week and died from a heart attack at the age of 34. Mr B, a bus driver, worked 3,000 hours a year. He did not have a day off in the 15 years before he had a stroke at the age of 37.

Work is a necessary and rewarding activity, but an excess of time commitment to work can be counterproductive and even harmful to health. A recent study published in the Journal of Epidemiology and Community Health 1 confirms that women who have jobs that require an above-average time commitment are at greater risk of suffering depression. Confirming this association, the longitudinal studies show that workers who experience a deterioration of their mental health adapt by reducing their working hours and changing their way of working or their own jobs, which suggests the capital role of work in the physical and mental health. Previous studies have shown that working a high number of hours is a causal factor of depression in civil servants.

The sample included 23,000 British adults over the age of 16, with employment, who answered a national health survey. Researchers have found that compared to other women who have a normal dedication, 35-40 hours per week, those who work 55 hours or more report suffering more depressive symptoms. The same was found in both men and women who had to work the weekend, in addition to working days.

These observational epidemiological works do not establish a cause-effect relationship; that is, the fact that women who work more are more at risk of depression does not mean that the former is the cause of the latter. The researchers excluded some variables that also affect the risk of depression, such as income or educational attainment, being single or married, or having children or not.

These results have implications in a world in which more and more people are “encouraged” or forced to work beyond the typical day of 8 to 3 or 9 to 5. It has also been seen that gender plays an important role in the way in which work is organized, lived and rewarded, not only in terms of occupational segregation, work status, mobility and income difference but also in attitudes regarding work, work behavior and social relations. There is ample evidence to suggest that men and women perceive and respond differently to the demands of the working world such as time commitment (amount of work) and pressures related to the agenda and deadlines. Only 4% of women worked more than 55 hours compared to triple in men and around 33% more men than women worked on weekends. On the other hand, when domestic work and family care are taken into account, women work more hours on average than men and this is linked to worse health.

Another important factor is new technologies. Smartphones and computers have collaborated to create a situation of constant availability, where our boss can call us at any time of any day and we answer work emails also when we are on vacation. In this way, they have been reducing what we could call personal sanctuaries, private periods of time and not related to work. For women who work, who have always had to cope with the stress of trying to find a balance between work and family life, the effects can be more devastating. There would, therefore, be a pressure that society puts on us, to work more and increase productivity, to which we add our personal anxiety to be up to the task and to advance in the professional career.

Employers are leaving more and more employees to work remotely, teleworking, and although it has some advantages it also has drawbacks. Increases freedom, but also increases isolation. The home and the workplace cease to be separate entities and people with this dedication regime often find that there are no schedules and they work at any time of day and also on weekends. 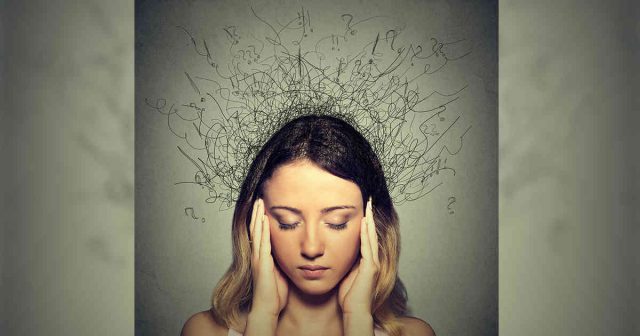 In most countries, women work, on average, fewer hours than men, and it is women, particularly those with children, who most often opt for part-time work or reductions in working hours. Therefore, women who work many more hours would be avoiding this social trend, which could be the cause of labor and personal conflicts. They may feel pressured to spend more time and at the same time suffer the double burden of tasks paid and unpaid. They may also have to endure denigrating attitudes from people in their immediate, personal and professional environment, which may exacerbate feelings of inner conflict and stress.

The respondents answered a standard questionnaire on depressive symptoms that addresses issues such as self-confidence, self-esteem, pleasure in everyday activities, loss of sleep due to concerns and the ability to focus and manage day-to-day problems. In that survey, which is quantified from 0 to 36, a score equal to or greater than 12 is indicative of depression. On average, women who worked 55 hours or more per week scored 11.8, while those who worked a normal day, 35-40 hours, scored 11 on average. On the other hand, there were no differences between men with a long weekly time commitment and those who worked a normal schedule. Moreover, men who had to work on weekends mentioned more depressive symptoms in themselves, compared to those who only worked on weekdays, once the effect of satisfaction with work was discounted. The study also showed who were working long hours: those who had higher income and more freedom at work.

A simple and necessary measure is to set limits. Decide from what time emails are no longer answered or what activities are not carried out, under any circumstances, on weekends. It is also necessary to dedicate time to things that recharge our batteries, whether it is taking a walk in the afternoon or simply breaking the day with rest periods. It may also be convenient to talk with the immediate superior to establish a basic agenda, hours of availability and hours of non-availability and any other aspect that has that psychological burden and may favor falling into depression. On the part of the employer there are also sensible measures: among the things that increase job satisfaction is flexibility and feel supported and valued by your supervisors.

This work has some interesting aspects more. Although it is recommended that work and health studies address gender differences, most studies focus on men or do not separate data between men and women. Secondly, many works on psychosocial factors or health at work do not take into account depression. In third place, there is also a lot of heterogeneity in what is considered a normal day and which is anomalous. Sometimes part-time workers are classified as the reference group even though there is evidence that there is an association between part-time work and health problems. Finally, many studies focus on specific types of employment or specific situations such as the civil service, which may be unrepresentative of the labor force as a whole.

A couple of final conclusions of this study is to consider the extended working days as a possible risk factor for depression and remember that workers who are more satisfied with their work and suffer less stress tend to be more productive, which results in the good of all.

DNA replication: how a job is well done in just a few hours