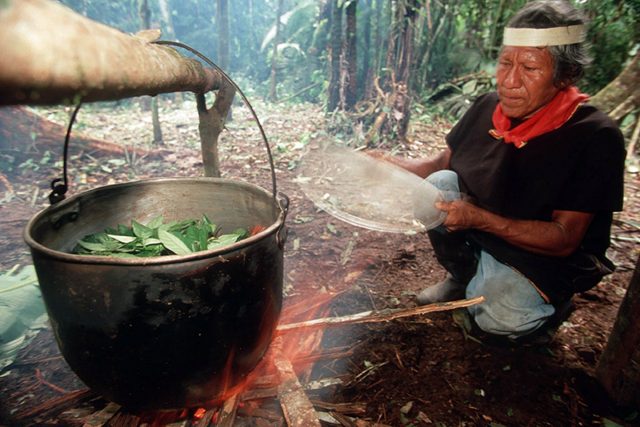 Ayahuasca is an illegal entheogenic drug, substances that have the capacity to generate a mystical experience, a psychological sensation of contact with the divinity. Ayahuasca is an infusion prepared from the Banisteriopsis caapi liana and other ingredients, which include leaves of Psychotria viridis, Diplopyterys cabrerana and Mimosa tenuiflora. Psychotria has dimethyltryptamine (DMT), a strongly psychoactive component, classified by the DEA as a hallucinogenic substance of schedule I and that has agonist properties of the serotonin receptor 5-HT2A. Banisteriopsis contains substances that prevent DMT from being metabolized before it is absorbed into the digestive tract and reaches the brain. The tisane is “meticulously cleaned with wood spoons” and the plants “are crushed with wooden mallets until the fibers are left”. It is characteristic of the countries of the Amazon region especially Peru and Brazil but it is also found in other nearby countries such as Ecuador, Bolivia and Colombia. The ritual, where people from developed countries go in search of the liana of the alama or the liana of the dead, is already offered in the United States as published by the New Yorker1.

The consumption of ayahuasca meets a demand of our days, with the endorsement by celebrities like the musician Sting, who describes his test of ayahuasca as “the only genuine religious experience I have had in my life” (1). However, not everything has been so positive and a Canadian man declared that he had to stab and kill a close friend after he attacked him after taking a double dose of ayahuasca in the Peruvian jungle and the Spanish newspapers published that a shaman was detained in Navarra after raping a client during an ayahuasca ritual. 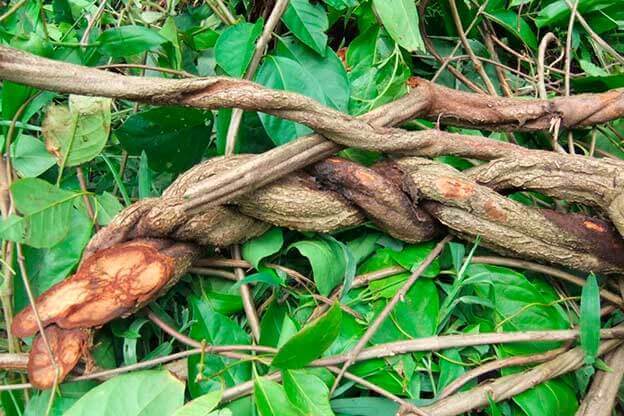 The Spanish missionaries who saw the indigenous populations consume ayahuasca called it a work of the devil. In the twentieth century, the active component was identified and it was called telepathine, but later it was found to be identical to another molecule previously isolated from Peganum harmala and which had been called harmine. The writer William Burroughs traveled through South America in search of the mystical drink called yagé. Although he is remembered as a heroin junkie, he documented the hallucinogenic properties of the ayahuasca but also the therapeutic possibilities of those mixes of lianas and leaves.

Ayahuasca was traditionally used in religious rituals. Later it was used with a medicinal approach, since it altered consciousness for about six hours, with first effects at half an hour and a peak at two hours. Some people experience stress and anxiety and also have cardiovascular effects, increasing heart rate and blood pressure. Finally, it has gone to a ludic use and it is common that tourists to those areas, where ayahuasca is legal, consume it as part of the travel experience, never better said. The sensation is of stimulation of vision and hearing, the mixture of sensory modalities and a great psychological introspection that can lead to euphoria, fear or enlightenment. It also has purgative properties including nausea and diarrhea that users say is associated with purification. 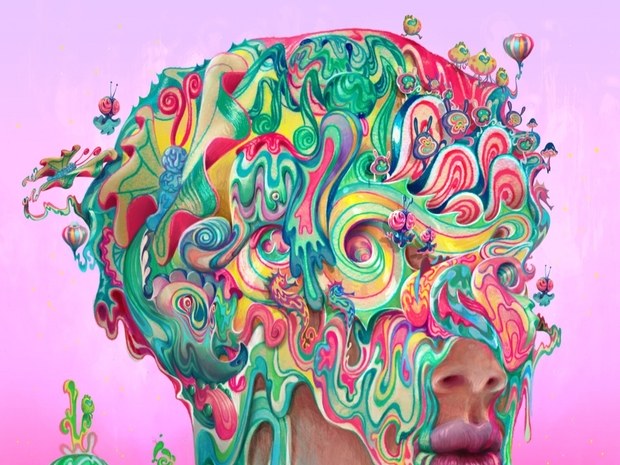 The first clinical trial of ayahuasca for the treatment of depression has seen that it is able to quickly improve the mood of people with refractory depression, which does not respond to the usual medication, quite quickly 2. The randomized, placebo-controlled, double-blind trial was conducted in Brazil with 29 depressed patients. Patients received either a single dose of ayahuasca (n = 14) or a placebo (n = 15) and the effects were evaluated with different scales to assess depression: Montgomery-Åsberg Depression Rating Scale (MADRS) and the Hamilton Depression Rating Scale (HAM-D). The evaluations were made one day before receiving the treatment and 1, 2 and 7 days later (D1, D2 and D7). The volunteers spent 8 hours in a quiet and supervised environment where they received the placebo or the potion that produced hallucinogenic effects for approximately the following four hours. The placebo was prepared by making an infusion of the same color and the same bitter taste. Participants who had never taken either ayahuasca or any other psychodelic drug were chosen. The researchers observed significant antidepressant effects of ayahuasca, compared to placebo, in all periods analyzed. The effects improved from D1 to D7 and the response levels were higher for both groups at D1 and D2 and significantly higher for the ayahuasca group at D7, where the mood disorder went from severe to mild on the standardized scales used. In trials for new drugs for depression it is common for up to 40% of participants to show a positive response to placebo, but at D7, 64% of people who had taken ayahuasca felt that the severity of their depression had been reduced to half or more while that feeling only had 27% of those who took the placebo. This study provides evidence of a therapeutic value of ayahuasca in appropriate doses and circumstances, showing an effect clearly superior to that of placebo. 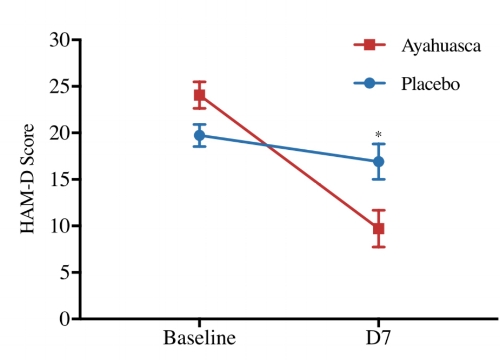 These results suggest a quick benefit against depression in people who took ayahuasca, at least in the short term. It is necessary, however, to follow up longer to see if these positive effects are maintained over time. We need new drugs against refractory depression. It is believed that some 350 million people suffer depression at a certain time in the world and between a third of them and half do not improve with the usual antidepressants.

Ayahuasca is not the only drug that has been investigated for its possible antidepressant effects. There are also preliminary studies with ketamine and psilocybin, the active component of magic mushrooms, although the latter has not been tested against a placebo 3. Meanwhile, ayahuasca has been proposed to treat addiction, trauma, post-traumatic stress disorder and to prevent the relapse of criminals in prison 4. Too many things.