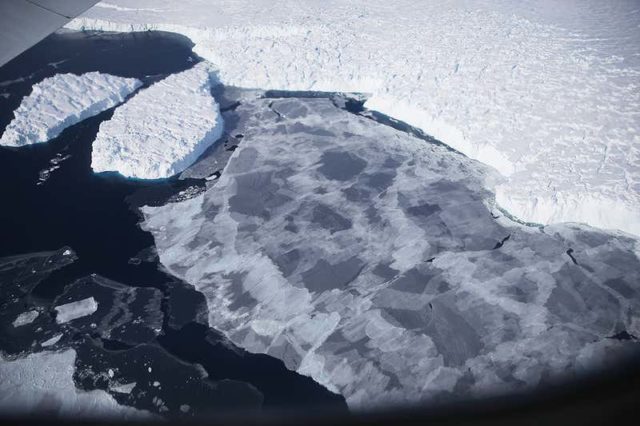 Pumping ocean water onto Antarctic ice sheet may save it

Researchers say pumping massive amounts of ocean water onto the collapsing ice sheet in West Antarctica over a 10-year period may stabilize it and possibly prevent extreme sea level rise, but they also say such an effort would be expensive and could harm the area’s ecosystem.

The fossil of a mammal ancestor dating back approximately 165 million years contains a hyoid bone similar to those found in mammals living today. The hyoid in modern mammals helps in chewing and swallowing, and the fossil hyoid could point to a key reason for mammals’ evolutionary success, researchers say.

An “electronic skin” uses sensors to interpret signals in the same way the human nervous system does, which could facilitate sensation for people using prosthetic devices. Researchers spent more than a decade developing the electronic skin and will soon conduct a clinical trial with an artificial hand.

Lasers may induce mice to see things that aren’t there

Lasers have been used to stimulate neurons in the brains of mice to bring on specific hallucinations. Researchers used optogenetics to activate neurons that made the mice see lines in the darkness that weren’t really there.

Chimpanzees that watch movies with humans or other chimpanzees are more likely to form a bond with them. Researchers say this could mean that apes may possess the capacity to value shared experiences.