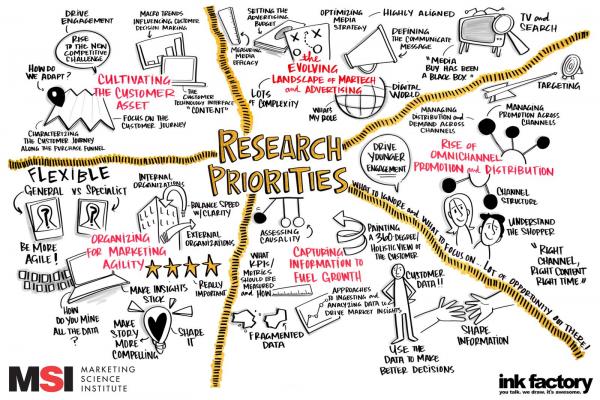 As readers of this blog will surely know, the economics of scientific knowledge is a topic on which I have worked extensively, and also written here not a few entries. Now I want to tackle a common objection to that field in itself: the idea that studying science “as if it were a market” commits the sin of “marketizing” science. This criticism is an overall amendment to the idea of studying the process of scientific research in a similar way as theoretical economists study markets and other social institutions. One reason put at times to justify this general criticism is the claim that this ‘economics of scientific knowledge’ is simply an ideological henchman of the general political trend towards the privatisation of public services in general and of scientific research in particular, a neoliberal rhetorical strategy to accustom scientists, politicians and the public that science can be controlled through economic handles as almost anything else within society. Historian of economics Philip Mirowski is one particularly clear voice in criticising what he sees as

a fundamental fallacy: that “science” can and should be subject to the very same analytical practices (what they engagingly call tools) that they have applied to any other commodity or situation – in other words, there is nothing particularly special about science (… Instead,) scientific research is above all a process that has to remain open to the serendipitous, the unexpected, the incongruous, and the unanticipated 1.

There are two serious mistakes in a criticism like this one. First, an economic or game-theoretic analysis of the creation of scientific knowledge does not necessarily lead to a ‘neoliberal’ economics of science or science policy. Rather on the contrary, it may lead (as it has been precisely the case in the model I have offered in the past section) to the identification of ‘market failures’ whose solution demands some type of public or collective management, perhaps because of fundamental uncertainties of the kind suggested by Mirowski; or even, it may be totally separate from questions about science policy properly understood (speaking for myself, I can say that my main use of economic tools in ‘science studies’ has been to discuss some epistemological questions, not political or managerial ones). Second, applying the formal apparatus of game-theory to some field does not amount to assume that the field has ‘nothing peculiarly special’; it is, instead, the attempt to see whether and how the special aspects of the field can be illuminated by considering them from the point of view of game-theory. Of course, this does not entail that the insights gained from the use of this formal tool are so powerful and accurate that any other type of analysis can be dispensed with. Game-theory, as any other social science paradigm, has its own methodological and substantial limitations, and any other different kind of study that complements its multiple gaps or remedy its unavoidable shortcomings will naturally be welcome.

But the paper I would like to concentrate on, since I think it is one of the clearest examples of the type of criticisms mentioned above, is Ylva Hasselberg’s “Demand or discretion? The market model applied to science and its core values and institutions” 2. Hasselberg laments that substituting ‘the economic logic of the market’ for what she calls ‘scientific judgment-driven rationality’, i.e., considering scientists as neoclassical agents, would lead to lose the fundamental characteristic of scientists’ judgment, which is not algorithmic or deductive, but based on qualitative, context-dependent reasons, and governed by discretion (what she defines as taking into account “what is perceived to be good, correct, or even beautiful” p. 37), always according to professional, intersubjective values and norms.
It is not only the way scientists make decisions what would change were they to be ‘neoclassical agents’, but also their own goals, for economic theory depicts individuals as pursuing just their own private benefit or self-interest, instead of ‘collective cultural values’ such as truth, for example. This could lead, according to Hasselberg, to the commodification of science:

This ‘commodification’ would happen because, if economic rationality takes the place of scientific judgment, science would be governed by a type of ‘recognition capitalism’ as the one classically depicted by French sociologists like Bourdieu, Callon or Latour 3 . Under such a regime, the production of scientific papers would just respond to the demand and supply forces determined by the search for recognition and by the costs of the different strategies. In such a market,

the scientist wants to exchange as little knowledge as possible for as much cultural and economic capital [i.e., recognition and research resources] as possible (…) Demand replaces discretion as an ulterior motive for producing knowledge. Knowledge that is not in demand will not be produced. It also means that there is no driving force towards procuring as much knowledge as possible (…) The scientist on the market does not care for knowledge in itself. Values as well as emotions are external to the market model, and if they come into the picture they possibly create disturbances or market imperfections (p. 44).

texts will tend to lose their use value and retain only their exchange value. The main point is that reading becomes instrumental and shallow (…) The knowledge base necessary for intersubjectivity will be diminished (…) The supply–demand mechanism will tend to downplay discretionary decision making and shift focus from the text as a means of communicating the result to the text as a commodity on a market of publication (…) In the neoclassical model of science, only scientific development that leads to a text that can be marketed is desirable, assessable, or even possible to discover. Ideas and thoughts, no matter how brilliant they are, are not marketable (p. 49).

In summary, if science became a market, the ‘traditional’ cycle of production of knowledge, that according to Hasselberg was ‘article-recognition-article’ (i.e., recognition as a means to the production of knowledge), would be replaced by a ‘capitalist’ cycle of the ‘recognition-article-recognition’ type (i.e., one in which knowledge is produced just as a means to attain recognition), where knowledge that is valuable for its own epistemic merits would no longer be pursued, nor even recognised as valuable.

In the next entry I shall present my answers to these arguments.