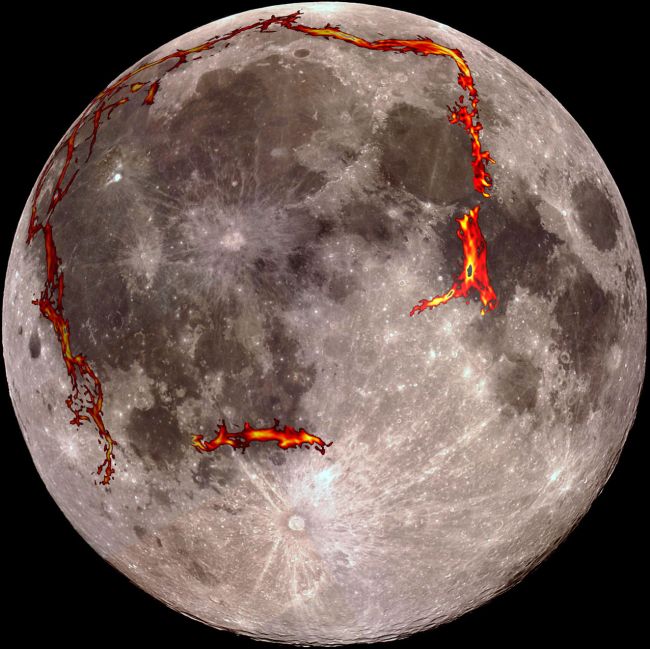 Scientists who studied temperature data from a NASA orbiter say ridges on the moon may be evidence of recent tectonic activity. “From this paper, it appears that the moon may still be creaking and cracking — potentially in the present day — and we can see the evidence on these ridges,” said study co-author Peter Schultz.

X-rays of chain mail armor from the English warship Mary Rose, which was sunk in a battle with France in 1545 and recovered in 1982, show how advanced brass production was for the time. “This knowledge can inform the conservation strategies employed when treating such materials from a marine environment,” researchers wrote.

Shock waves from asteroid may have caused 1908 blast

A 1908 explosion over the Podkamennaya Tunguska River in a remote part of Siberia may have been caused by shock waves from an iron asteroid that passed through the atmosphere before heading back into space. The explosion, which devastated 202,343 hectares of forest and is considered the biggest impact event in recorded history despite the lack of a crater, may have occurred when iron in the asteroid rapidly turned to gas, researchers say.