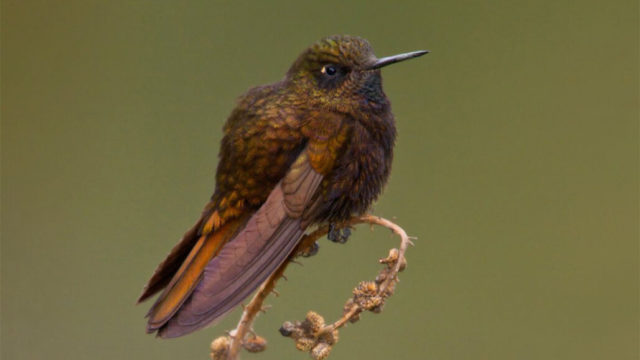 Mitochondrial DNA taken from a Neanderthal tooth found in a cave in Poland is giving researchers new clues about Neanderthal life in the region about 80,000 years ago. Tools found in the cave known as Micoquian give clues to the ways Neanderthals were adapting as the environment changed rapidly and food supplies dwindled.

Hummingbird turns itself off to withstand cold nights

Hummingbirds that live high in the Andes Mountains stay alive during the extremely cold nights by reducing their body temperature, essentially turning themselves off via torpor, a study in Biology Letters suggests “If you didn’t know better you’d think they were dead,” says study author Blair Wolf, who says such a hummingbird revives itself as the sun comes up by quivering for a bit, “then all the sudden its eyes pop open and it’s ready to go.”

Deep earthquakes occurring along the San Andreas fault near Parkfield, California, may be caused by hot rocks sliding against each other more than 16 kilometers underground and picking up speed as they melt. The quakes, which can’t be felt on the surface, may be triggering strong earthquakes close to the surface, researchers say.

A solution including autologous, human and pig beta-cell islets transplanted under the skin instead of through the hepatic portal vein remained viable and reversed diabetes long-term in mice and monkeys. A cellular matrix that simulates the pancreatic environment appeared key to preventing cell death.

Spin-based quantum computing could be more energy-efficient if magnons are used in the place of electrons. “Nanophotonics opens up new possibilities in the area of ultrafast magnetism,” said Alexander Chernov, study co-author.