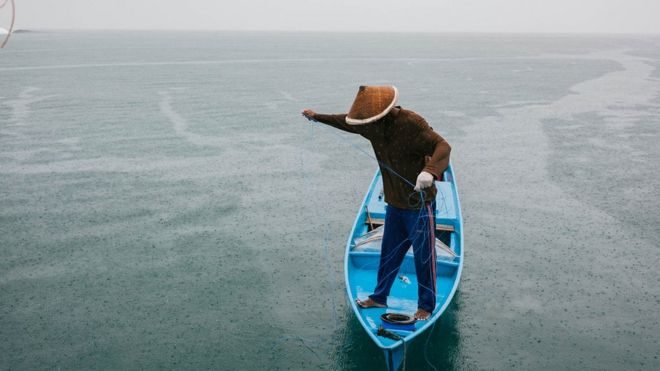 Astronomers used Chile’s ALMA Observatory to take high-resolution images of stellar winds around dying red giant stars, showcasing the winds’ unusual shapes. “Some stellar winds were disk-shaped, others contained spirals, and in a third group, we identified cones,” says Leen Decin, co-author of a study on the images published in Science.

Human footprints found in what was once a lake in Saudi Arabia may be the oldest evidence that humans were in the region between 112,000 and 121,000 years ago. Earlier clues to Homo sapiens presence on the Arabian Peninsula dated back about 86,000 years.

People view colors in similar ways around the world, and colors bring up the same emotions for people, regardless of their language or culture. Researchers conducted surveys of more than 4,000 people from 30 countries and found similarities in the emotional responses people had to colors.

Children process language on both sides of brain

Children process language in both brain hemispheres, compared with adults who use only one side. The findings, based on data involving 39 children and 14 adults, “suggest that the normal involvement of the right hemisphere in language processing during very early childhood may permit the maintenance and enhancement of right hemisphere development if the left hemisphere is injured,” said researcher Elissa Newport.

When did we become fully human? What fossils and DNA tell us about the evolution of modern intelligence