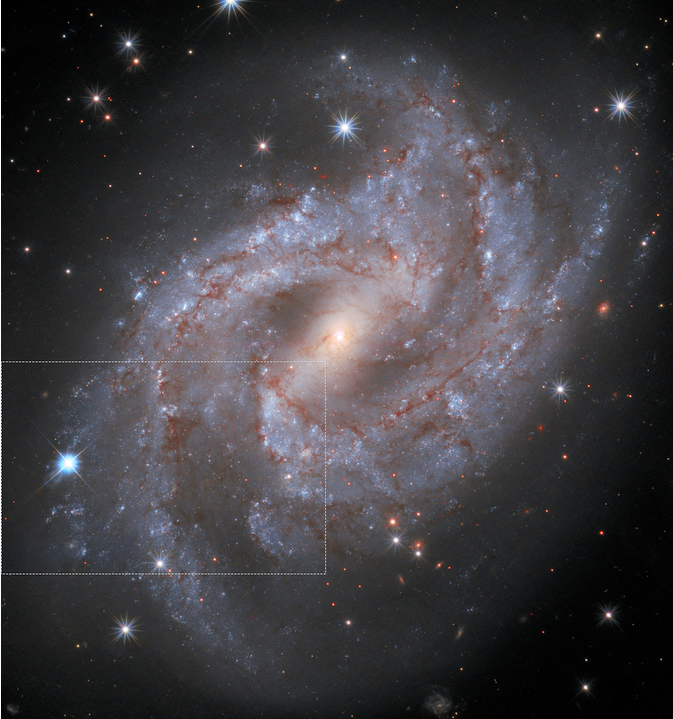 NASA and the European Space Agency have released a time-lapse video of a supernova flaring culled from Hubble Space Telescope observations. The video, created from about a year’s worth of Hubble observations, shows a white dwarf exploding then fading away in the NGC 2525 galaxy about 70 million light-years from Earth.

Two teams of physicists have come up with different results in their search for the existence of dark bosons with one team searching in isotopes of ytterbium and the other searching in isotopes of calcium. Physicists working with ytterbium detected a blip in their data that may indicate the presence of a dark boson, while the calcium team detected no change in the calcium isotope.

How tree growth would affect climate

Two recently published papers in Nature and Proceedings of the National Academy of Sciences shed light on the potential impact on the climate of allowing forests to regrow naturally or planting additional trees in existing forests. One of the studies, from the US Forest Service, notes that more than 16% of the forests in the continental US are “understocked” — meaning that they could support many more trees.

Some whales change their tune prior to migrating

Male blue whales sing at night during the summer but start singing during the day right before they start migrating south to breed. Researchers listened to about 4,000 whale songs from 15 tagged blue whales between 2017 and 2019 and also examined their behaviour patterns.

Researchers are using machine learning to link vocal changes or patterns, or even coughing, to specific health conditions, including COVID-19, depression and neurodegenerative diseases. The tools could be incorporated into home voice assistants and smartphones — not as diagnostics but to alert users that they should seek medical care.