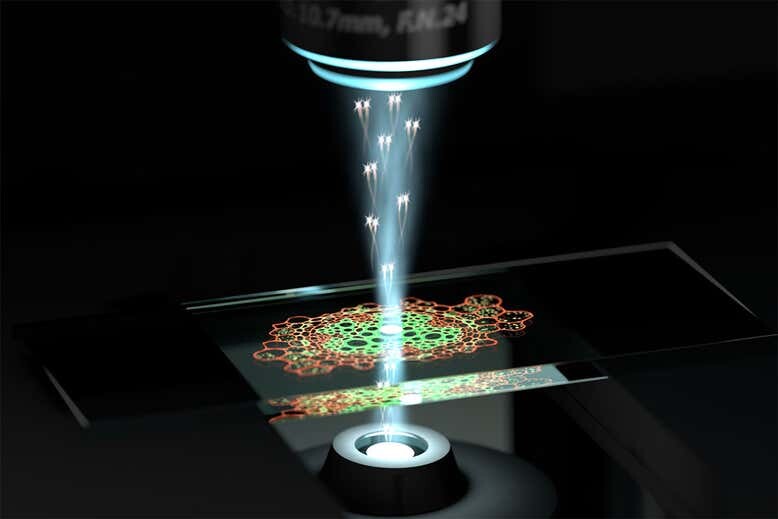 Coelacanths, bizarre fish that reside in the deepest ocean depths, can live as long as 100 years, aren’t even mature until they reach about 45 and remain pregnant for as long as five years. Researchers used polarized light to examine the scales of about 30 different coelacanth specimens, finding rings that coincided with each year of each fish’s life.

The Perseverance rover spotted a boulder that looks like a walrus as it started exploring Mars’ Jezero Crater. NASA scientists released a photo of the formation on Twitter, saying researchers noticed “similarities to volcanic rocks on Earth.”

Scientists have created a quantum microscope that allows them to view living cells in extreme detail without destroying them, using a pair of lasers and “squeezed light” made from entangled photons. “This removes a fundamental barrier to advances in coherent Raman microscopy and high-performance microscopy more broadly,” say the researchers.

Archaeologists are looking at the various ways ancient people lit darkened caves in order to create the art found there. Researchers created what they believe would have been used by prehistoric people to provide light, such as torches and grease lamps made from various kinds of wood and bone available at the time, finding that torches provided the best light, but caused smoke and would sometimes go out, while grease lamps would work longer but didn’t provide as much light.

The plant thale cress (Arabidopsis thaliana) has long been a favorite study subject because its genetics are so uncomplicated, making a versatile subject for experimentation, but scientists were surprised when they found some specimens of the plant produced a previously unrecognized appendage. The organ, which is called a cantil, grows off the peduncle horizontally as it supports the flowering stems, usually when the plants have little access to daylight.