The study of the formation and evolution of galaxies through cosmic time has been addressed in the last decades by understanding how their physical properties leave footprints in the spectral energy distribution. Both the analysis of the light coming from stars and the ionized interstellar gas can be converted by well-known recipes to physical quantities such as the stellar mass, star formation rate, dust attenuation, luminosity-age, gas-phase metallicity or can unveil the main ionization mechanism responsible for the optical emission lines we observe in the spectrum. 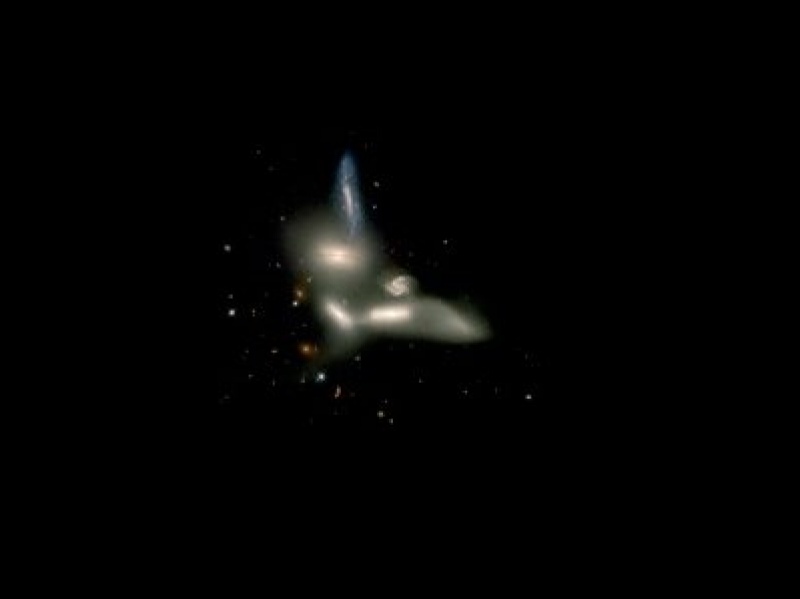 Even though spectroscopic surveys revolutionized astronomy in many fields, they provide a limited picture of the universe in many senses. Both Multi-Object Spectroscopy and integral fields units (IFUs) surveys are partially biased due to pre-selected samples where some properties such as fluxes, redshift or galaxy-size are limited to a certain range.

Maybe one of the most competitive astrophysical surveys designed to overcome the weakness of photometry and spectrography, halfway between them, is the Javalambre-Physics of the Accelerating Universe (J-PAS). It will sample the optical spectrum with 56 narrowband filters for
hundreds of millions of galaxies and stars over ∼ 8000 deg2. Initially thought to explore the origin and nature of the dark energy in the universe, J-PAS is also ideal for galaxy evolution studies and to detect emission line objects.

However, the large number of galaxies peaking over a wide range of redshift makes it difficult to employ traditional methods such as subtracting from the emission line flux the image of the stellar continuum. Furthermore, line fluxes will contribute to several J-PAS filters, which also vary with the redshift of the object. Consequently, it is necessary to develop new techniques and algorithms in order to leverage completely the capability of J-PAS.

Machine learning techniques have effectively become a powerful tool over many fields where large quantities of data are available. The capability of these algorithms to find patterns in the data without making any empirical or theoretical assumption turns out to be their main advantage. In the last decades, astrophysical surveys are increasingly releasing vast amounts of data, which brings the opportunity of employing the most sophisticated up-to-date algorithms in order to analyse them faster and more efficiently.

Now, a team of researchers has developed 1 a new method based on Artificial Neural Networks (ANN) to detect and measure some of the main emission lines in the optical range of the spectrum: Hα, Hβ, [N ii], and [O iii].

The most massive and youngest stars within galaxies are responsible for the ultraviolet emission in the spectrum, but many times the presence of dust grains does not allow ultraviolet photons to travel freely through the interstellar medium and consequently makes it difficult to constrain the SFR from the blue part of the spectrum alone. However, those stars can actually ionize the surrounding interstellar gas. Very rapidly, hydrogen atoms recombine, leaving tracks in the form of emission lines at a particular wavelength in the spectrum. The Balmer series places Hα at 6562.8 Å, hence it is less affected by dust extinction and an excellent tracer to measure star formation rates up to z ∼0.4 in the optical range.

Other lines, such as the forbidden [O iii] λλ4959,5007 Å and [N ii] λλ6548,6584 Å doublets, are sensitive to the gas-phase metallicity, which is ideal for investigating the metal enrichment of gas throughout cosmic time. The[N ii]/Hα and [O iii]/Hβ ratios among others are used to construct the so-called BPT diagrams, which distinguish galaxies where the gas has been ionized due to the presence of an active galactic nucleus from those where the main ionization mechanism comes from high rates of star formation in the galaxy or shock ionized gas regions.

The researchers trained and tested ANNs with synthetic J-PAS photometry from CALIFA, MaNGA, and SDSS spectra. For this purpose two tasks were performed: firstly, galaxies were clustered in two groups according to the values of the equivalent width of Hα, Hβ, [N ii], and [O iii] lines measured in the spectra. Then, an ANN was trained to assign to each galaxy a group. This way, it was possible to classify them with the uncertainties typical of the photometric redshift measurable in J-PAS. Secondly, another ANN was used to determine the values of those equivalent widths. Finally, the [N ii]/Hα, [O iii]/Hβ, and O 3N 2 ratios recovering the BPT diagram ([O iii]/Hβ vs [N ii]/Hα) could be obtained.

The results show that the main sequence of star forming galaxies can be reproduced properly from the determination of the equivalent widths. Nevertheless, there is an underestimation of the ratios at high values in galaxies hosting an active galactic nucleus. The dataset used for both training and testing the model was most important, though.

As a conclusion, ANNs are extremely useful to overcome the limitations previously expected concerning the detection and measurements of the emission lines in surveys like J-PAS.

Measuring the reality of the wavefunction