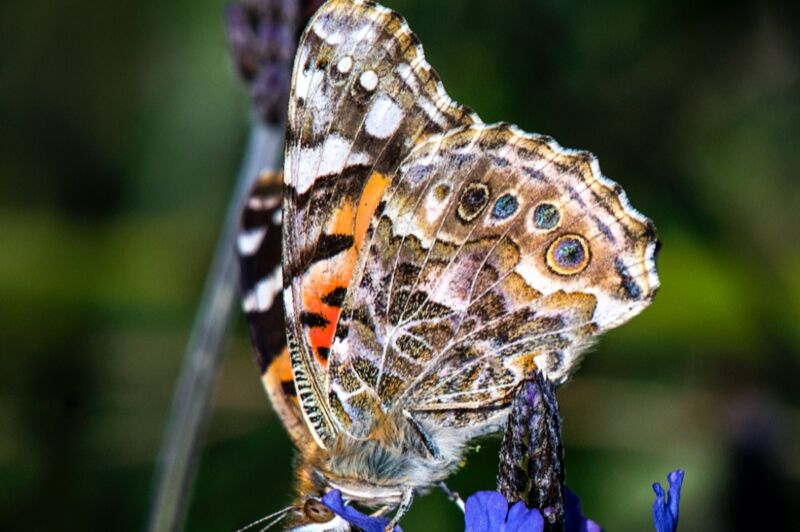 A bridge of gas resembling a feather has been observed between a pair of the Milky Way’s spiral arms. The Gangotri wave, observed using APEX telescope data, reaches from the Norma arm to the 3-kiloparsec arm near the galaxy’s center and features a sine-like wave.

How to locate hidden meteorite craters

Evidence of meteor strikes can be hidden by erosion, dirt and plant growth, but now researchers have found a way to reveal these impacts. Plasma created by a high-velocity meteor impact can cause the impact site’s rocks to lose some of their magnetism, and scientists can use that to detect hidden sites.

Growth of butterfly wings inside chrysalis captured on video

Researchers have directly witnessed the development of butterfly wings within a chrysalis in real time for the first time. A thin glass was used to replace a portion of cuticle on a pupa in order to record the process of cells and scales forming.

A gel-based wearable sensor that can identify infections in open wounds before the infection becomes visible to the naked eye has been developed by a group of researchers. “The key concept is that the hydrogel will be degraded by an enzyme secreted by bacteria, so it can reflect the presence of the bacteria. … Then, the sensor would send an alarm to the patient or clinician and they could replace the dressing of a wound or treat it with antibiotics,” said Ze Xiong, first of author of the study.

Cancer cells might be able to gain strength by stealing the mitochondria of immune cells using nanoscale tentacles. Cancer cells consumed double the amount of oxygen and reproduced more when placed with T-cells than cancer cells that were physically separated from T-cells but were still grown in their presence.