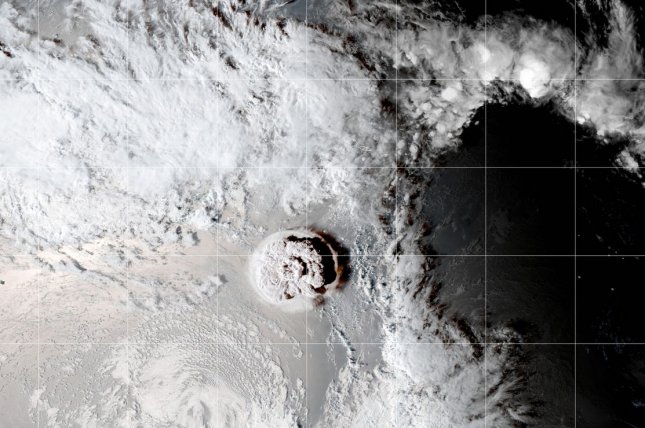 Increasing aerosol pollution from China and India has had a cooling effect, leading to reduced storm activity in the Pacific Ocean in recent decades, according to a study that relied on computer simulations. As a result, as the governments of those countries aim to reduce aerosol pollution, they also face the possibility of seeing more storms.

A study found that despite signs of struggle and extreme stress, researchers were able to effectively grow thale cress in lunar soil. “When humans move as civilizations to stay somewhere, we always take our agriculture with us,” said co-author Rob Ferl, adding, “The idea of bringing lunar soil into a lunar greenhouse is the stuff of exploration dreams.”

The Hunga Tonga-Hunga Ha’apai volcano’s Jan. 15 eruption near Tonga sent hurricane-force winds to the upper atmosphere. NASA data show the winds reversed the equatorial electrojet, which is electric current in the ionosphere’s equatorial region, and increased its strength five-fold.

Identical twins who became separated at 2-year-olds in 1974 and reunited in 2020 are offering researchers a unique opportunity to determine to what extent certain human characteristics are determined by nature versus nurture. After being raised in different family environments and cultures, the adult twins showed remarkable similarities in career satisfaction and mental health and significant differences in cognition.

The thickness of the ocean’s upper layer drives thermal inertia which limits the variability of ocean temperatures and conditions, but global warming driven by human activity is thinning that layer, scientists warn. “It’s almost as if the ocean is developing amnesia,” says Hui Shi, lead author of the study, which warns the shift could make it harder to predict ocean conditions.