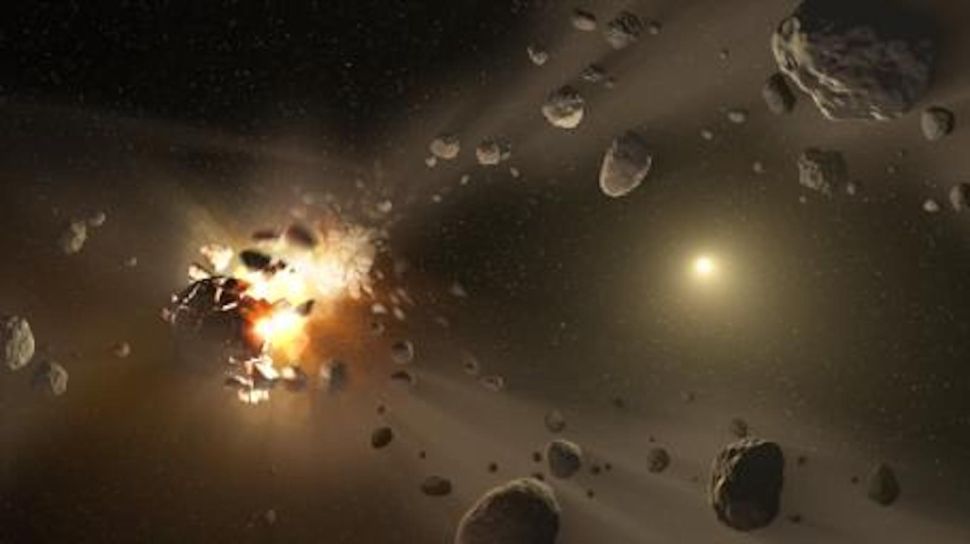 Large kelp forests are thriving and healthy in Patagonia, according to a study the region’s cold spells are maintaining the 200-year-old forests along the coast of the southern end of South America. Researchers studied roughly 40 years of surface temperature data taken along the coastline and found that warming isn’t affecting the water’s cool temperatures, thereby creating a comfortable environment for kelp.

Researchers’ analysis of silver, platinum and palladium isotopes in iron meteorites found on Earth indicates asteroids and early planets frequently collided with each other between 7.8 million and 11.7 million years after the sun’s formation. The chaos may have been related to solar wind and the dissipation of the gas cloud that created the sun.

Do you love the color blue? Science says you’re right

According to research, your favorite color is most likely some shade of blue, and that’s because you probably associate it with a positive emotion of a similarly colored object from your past. Interestingly, the majority of people also have a least favorite color: a darkish yellow brown.

A project has allowed researchers in Tokyo to take snapshots of galaxies from 11 billion years ago and fast-forward them to today to see how cosmic structures evolved over time. Most existing simulations have been applied to our local universe, or close to Earth, but never to the distant universe.

Temperatures would continue to rise for several years or even decades if the world achieved net-zero emissions today. The findings illustrate the importance of eliminating carbon emissions sooner rather than later.