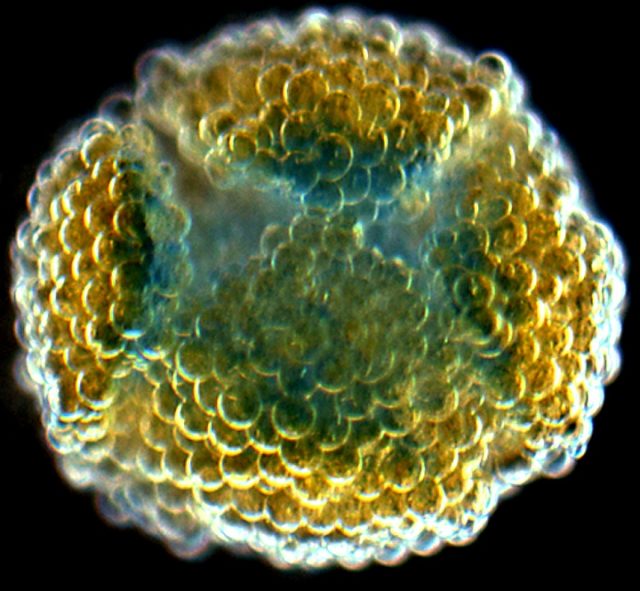 Scientists use 3D printer to create networks of artificial cells

Researchers have developed networks of water droplets that can act like biological tissue cells. The researchers created the networks using a three-dimensional printer. The networks can support up to 35,000 droplets and have the potential to be a scaffold for growing synthetic tissues or a way to model organ functions.

A new method of data analysis could help scientists single out giant landslides from other seismic activity, research that could help predict high-risk areas before the catastrophes occur, according to findings published in the journal Science. The technique currently overestimates the number of landslides, so detection must be confirmed with satellite imagery; however, some scientists believe the system could be refined and globalized in the future.

The timing of a collection of Neanderthal fossils discovered in a Greek cave suggest the possibility of early interactions between the species and humans. The discovery includes several bones from children and adults dating to between 39,000 and 100,000 years ago and are a “confirmation of a thriving and long-standing Neanderthal population in the region”.

Researchers have developed technology to produce hydrogen from plant sugar xylose, potentially paving the way for an environmentally friendly way of making hydrogen fuel from any biomass. Most commercially available hydrogen fuel is made from natural gas using a costly process that releases a vast amount of pollutants into the air.

Archaeoglobus fulgidus microbes, an ancient life form, is capable of metabolizing perchlorate for energy, which can help scientists understand the history and evolution of the Earth’s earliest creatures. The ancestral microbe, which exists in extreme temperatures such as hot hydrothermal vents, use of perchlorate might have been one of the first entries of highly oxidative compounds in the microbial metabolism, probably even before photosynthesis evolved.