Brucellosis is a worldwide extended infectious disease of livestock (sheep, goats, cattle, cows, pigs, …) and remains one of the most common zoonotic infections, with more tan 500,000 new human cases worldwide every year.

The disease is caused by the Gram-negative bacteria of the genus Brucella, which includes several species among which B. abortus preferentially infects cattle, B. melitensis goats and sheep, B. suis swine and wild-life, and B. ovis sheep. The main clinical signs in animals are abortion and infertility. Brucellosis is highly contagious and is spread through contact with aborted foetuses, vaginal fluids, placentae and milk. Animals are the only significant source of human brucellosis, and transmission is via direct contact and through consumption of unpasteurised dairy products. Human brucellosis is a grave and debilitating disease that may lead to permanent sequelae, requires prolonged and combined antibiotherapy, and is fatal in 1%–5% of untreated cases. Clinical signs are often ignored or incorrectly interpreted, and as a result, human brucellosis is severely underreported. Eradicated in many developed countries after years of effort, brucellosis remains a major neglected zoonosis of low-income nations 1. The number of domestic animals susceptible to brucellosis in the world is estimated in 4,000 millions and of these more than 80% are in developing countries with brucellosis. 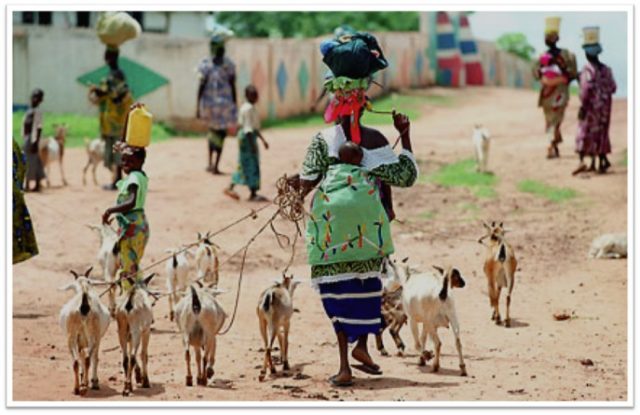 “Control and eradication of brucellosis requires the use of animal vaccines”

Vaccination is critical to control and eradicate animal brucellosis. Since there is no safe human vaccine, animal vaccination is also the best way to control human infections. Classical life vaccines B. abortus S19 and B. melitensis Rev1 are effective against B. abortus in cattle and B. melitensis in goats and sheep. These vaccines were empirically obtained long ago but they do not provide 100% protection, are virulent for humans and Rev1 is resistant to streptomycin, an antibiotic used to treat human brucellosis. Moreover, both trigger an antibody response to the O-polysaccharide of the outer membrane lipopolysaccharide (LPS, see below) and, because this molecule is diagnostically the main antigen, this cause false positive results in serodiagnostic test and complicates eradication. To overcome these drawbacks of the classical vaccines, new approaches are investigated.

“Lipopolysaccharide as a target for brucellosis vaccine design”

The outer membrane LPS is a major virulence factor of Brucella. In this molecule, the O-polysaccharide is linked to a core oligosaccharide, which in turn is linked to the lipid A. It has been known for decades that the O-polysaccharide is essential in the virulence of B. abortus, B. melitensis and B. suis, and that the lipid A is poorly recognized by innate immunity. In addition, the core oligosaccharide section has been shown recently to hamper recognition by innate immunity systems, including complement, bactericidal peptides and the TLR4-MD2 complex. It has been postulated that the Brucella LPS core carries a lateral branch that hinders access of innate immunity effector proteins and receptors to the inner sections of the core and lipid A, and the existence of a branched structure has been confirmed by structural analysis. As delayed recognition by innate immunity plays a major role in Brucella virulence, LPS core mutants represent candidates for the development of vaccines triggering an early and thus protective immunoresponse 2.

As mentioned before, sheep brucellosis caused by either B. melitensis or B. ovis can be controlled by vaccination with B. melitensis Rev1 and, in fact, this is the only effective way to control sheep brucellosis in areas with a high or moderate prevalence of the disease. However, Rev1 is forbidden in countries where B. melitensis has been eradicated, which leads to the increase of B. ovis infections in sheep. Thus, research on B. ovis-specific vaccines is an area of intense research.

Recently, we studied the role of B. ovis LPS in virulence by mutating three genes, wadA, wadB and wadC, known to encode LPS core glycosyltransferases in Brucella 3. The deletion mutants were contracted by PCR overlapping and the LPS was extracted and characterized. When mapped with antibodies to outer membrane proteins and LPS, wadB and wadC mutants displayed defects in LPS structure and outer membrane topology but inactivation of wadA had little or no effect. The results demonstrated that both genes wadB and wadC are required for the synthesis of a complete LPS in B. ovis.

Consistent with these observations, the wadB and wadC but not the wadA mutants were attenuated in mice. The efficacy of wadB and wadC mutants as vaccines in mice challenged with B. ovis was also investigated. Both mutants conferred significant protection with respect to the unvaccinated controls. The protection conferred by the wadB mutant was the most effective one, even more effective than the classical vaccine Rev1, the best sheep vaccine available to date.

These results demonstrate that the LPS core is a structure essential for survival in vivo of Brucella, and confirm that the Brucella LPS core is a target for vaccine development. Since vaccine Rev1 interferes in serological testing for Brucella, wadB mutant represents a candidate vaccine to be evaluated against B. ovis infection of sheep suitable for areas free of B. melitensis. The properties of these LPS core mutants provide the proof of concept for this new approach and open the way for more effective brucellosis vaccines.

The #microMOOCSEM initiative: Twitter as a tool for teaching and communicating science