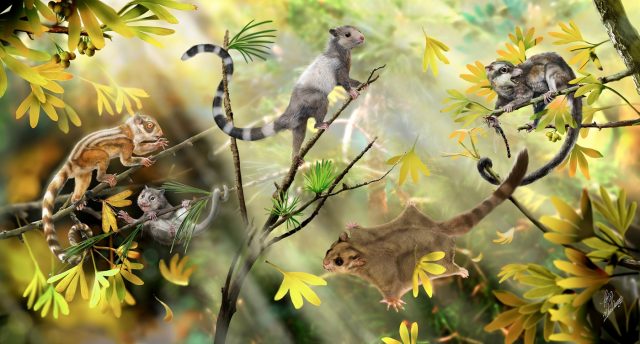 Mammals may have evolved much earlier than previously thought, according to researchers who’ve been studying the fossils of squirrel-like creatures that date back about 160 million years to the Triassic Period. The creatures have mammalian features and are from previously unknown species of haramiyid, which suggests that haramiyids were mostly likely mammals, researchers said. Haramiyids date back to about 200 million to 220 million years ago, suggesting mammals are at least that old, according to researchers.

Researchers have found that they can produce antibiotics from human microbial DNA harvested from healthy volunteers. A species of bacteria called Lactobacillus gasseri is similar to an antibiotic already being tested in clinical trials by Novartis, they found.

Armor crafted from animal bones dating back to the Bronze Age have been found by archaeologists in Siberia. The armor was found buried near the Irtysh River in Omsk and researchers say the bones date back between 3,900 and 3,500 years. They speculate the armor may have belonged to an elite warrior.

Little moons the size of mountains are forming and being destroyed in a short time within Saturn’s F ring. The moonlets are made of ice like a giant snowball, which can be broken up in just months by such things as the orbit of Saturn’s moon Prometheus.